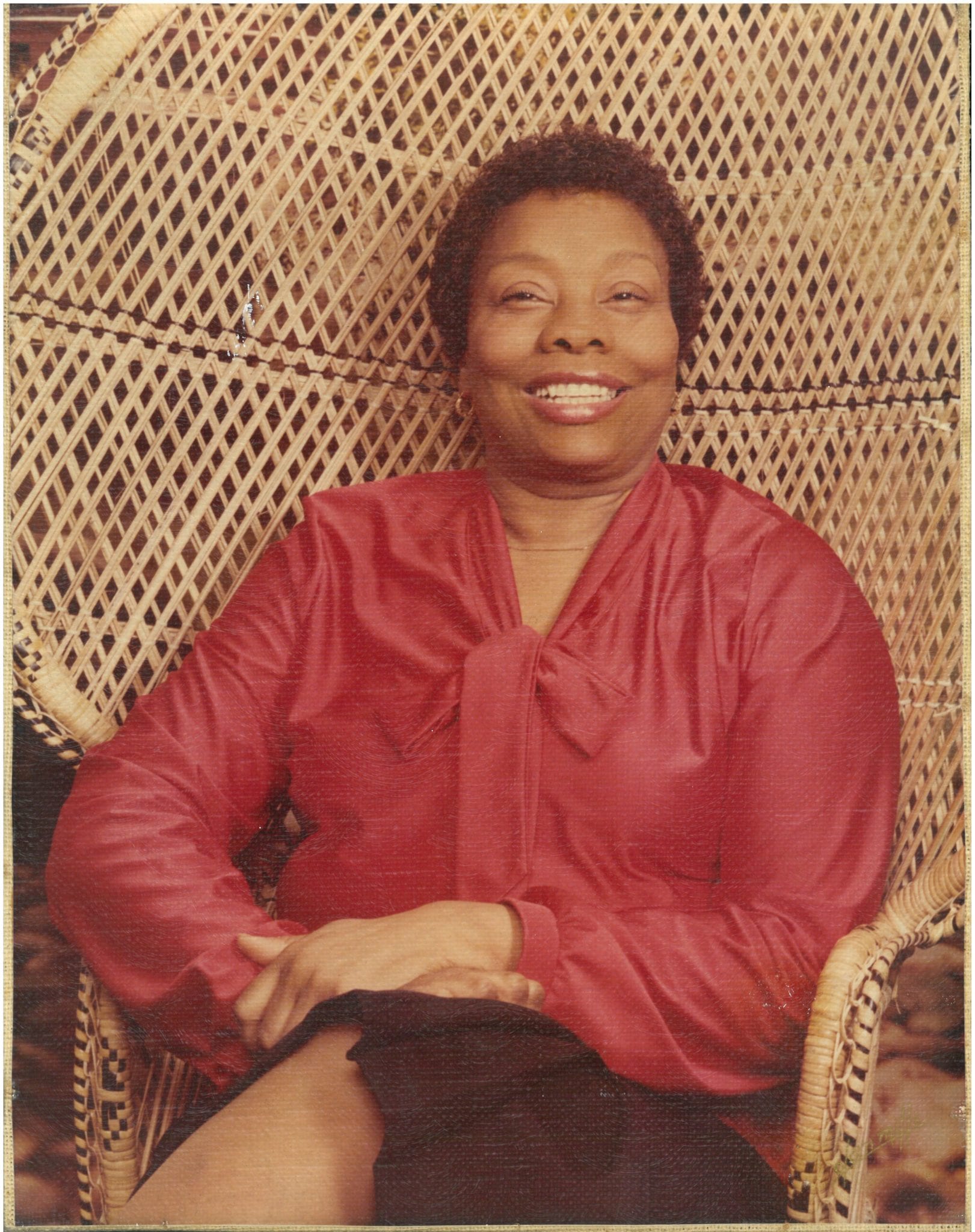 Mother Annie B. Owens was born in Midway, Alabama on May 15, 1930, to Albert (Booge) Owens and Lula Murray Owens. At the early age of ten, Annie was brought to Akron, Ohio by her Aunt Betty (Bae). Bae raised Annie as her own child and continued to support Annie and her children until her death in October, 1966. Annie attended the Akron Public School system, going to Grace Elementary, West Jr. High and South High School.

Annie was always a hard worker and a good mother. She was a “day worker” for many years before she enrolled in the Akron School of Practical Nursing at Akron City Hospital (Summa). One of her proudest accomplishments was completing the course work and receiving her certificate as a Licensed Practical Nurse. Annie worked as a nurse for Akron City Hospital, retiring in 1994 with thirty years of service.

Annie was a strong independent black woman! She bought her home on her own and a brand new car, even though she had not learned how to drive. At the age of 54, she remedied that too. Another proud moment!

Annie loved her children dearly and would do anything she could for them. She raised them to be upstanding members of the community. All four of her children served in the United States Armed Forces…. another proud moment!

After retiring, Annie loved working in her garden and being a foster grandmother to elementary school children at West Community Development Center.

Annie loved her church, Unity Holiness Ministries COGIC, and her Pastor, the late Dr. A. Carven Smith-Walker. She was a great supporter of her church and whatever her hands found to do, she did it! She was active in various ministries at the church including the Adjutant Sisters, Hospitality Department, and helped as a nurse when needed. Because Pastor Walker recognized Annie’s dedication, wisdom and service, he placed her on the Mother’s Board; another proud moment in her life!

In 2002, Annie suffered a stroke. In 2007, she was no longer able to remain at home and became a resident of Canal Point Nursing Facility. Her son, Michael, and her cousin, LaVonne (Skinny), were instrumental in her care during her entire time there.

Mother Owens was preceded in death by her mother, Betty (Bae) Dix; her biological mother, Lula Murray Owens; her precious daughter and son-in-law, Tracy and John McIntosh; and her sister, Leartice Ephraim.

To leave a condolence, you can first sign into Facebook or fill out the below form with your name and email. [fbl_login_button redirect="https://calhounfuneral.com/obituary/annie-b-owens/?modal=light-candle" hide_if_logged="" size="medium" type="login_with" show_face="true"]
×