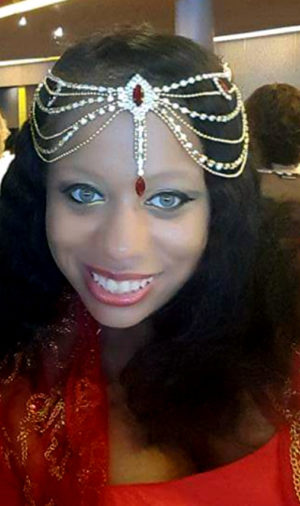 Ashley Lauren Lynch was born on March 21, 1988, to Artis and Deborah Lynch. She was a beautiful, smart, and adventurous child with the brightest hazel, blue, grey eyes. The baby of the family, she was always smiling and loved putting hot sauce on everything.

Ashley graduated from Lutheran East High School in 2006 and attended Bowling Green State University where she received her bachelor’s degree in Hospitality Management. Ashley embarked on her career on the open seas, working for several cruise lines including Carnival and Holland America. She was a crowd favorite, known for her smile, laugh and upbeat personality. Ashley served as a culinary show host & assistant and participated in various theatrical shows. Her time at sea took her (and sometimes her family) to unforgettable places like Alaska, Turkey, Greece, and Paris. She was never one to shy away from an adventure, she even enjoyed skydiving and Burlesque dancing.

When her journey abroad ended, she took on roles at Flex Jet, Huntington Convention Center and was recently hired at MGM Northfield.

Ashley’s creative spirit took her to places far and wide and beyond our realm. She immersed herself in other worlds – attending Comic Con conventions and sewing costumes for cosplay – especially her favorite character(s). She had a particular love for Asian culture, culinary arts, and painting and will always be remembered for trying out her culinary skills at home creating various dishes.

Ashley cherished her family, friendships, and her foster cats. She was known for giving a helping hand, actively listening, her silly nature, and most important – living life to its fullest.

Ashley Lauren left this earthly realm to continue her adventures in Heaven on Tuesday, September 6, 2022. She was preceded in death by her father Artis but leaves behind to cherish her memory: her mother Deborah; sisters Lisa Dennis (Kevin) &; Nicole Lynch; niece Janai Carter; Aunt Harriet Mitchell; Cousin Tiffany Evans (Robert) and family; her two dear cats, her best friend Allegra Sewell and countless family and friends.

To leave a condolence, you can first sign into Facebook or fill out the below form with your name and email. [fbl_login_button redirect="https://calhounfuneral.com/obituary/ashley-lauren-lynch/?modal=light-candle" hide_if_logged="" size="medium" type="login_with" show_face="true"]
×