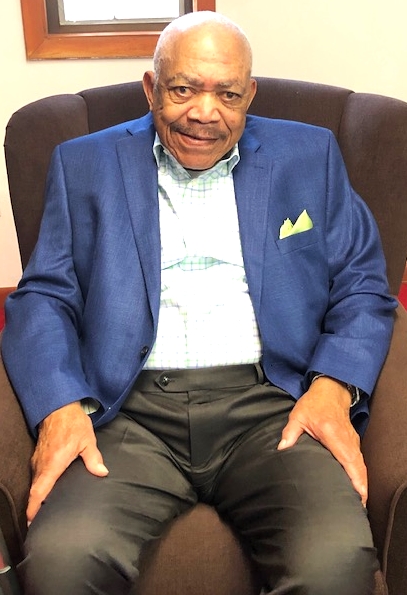 Benjamin was born in Morvin, AL on January 13, 1934, to the proud parents of Oda and Lovie Abrams, who preceded him in death. On March 22nd, Benjamin (88) peacefully joined our Lord after a brief illness. Benjamin resided in North Olmsted, Ohio.

After high school Benjamin enlisted in the US Military – Army division where he served three years, receiving an honorable release in 1956 Ranking as a Specialist Second Class.

Benjamin returned to AL and attended the University of Alabama earning a Bachelor of Science in 1962 and acquiring Teacher’s Certifications as well. Throughout Benjamin’s career, he served as a teacher of Junior and Senior level students in Alabama, New Jersey, and New York. At the urging of his daughter Machele, Benjamin relocated to Michigan in 1984. There he began employment with the Michigan Catholic Conference, working at Boysville of Michigan in Monroe, MI where he remained until retirement on January 1, 1991. Throughout his career Benjamin served in roles with an emphasis on adolescent well-being.

Benjamin was a well-respected man who was loving and caring with a quiet and humble spirit. He took pride in his appearance and surroundings. He enjoyed listening to music (Jazz and Blues); and watching WWE (World Wrestling Entertainment), the Animal channel and the Wendy Williams Show. In addition, he enjoyed traveling and spending time with family. Benjamin was an active Church participant, accompanying his daughter Machele to the University Church of Christ (CLE) and most recently, the McGuffey Road Church of Christ (Youngstown).

To leave a condolence, you can first sign into Facebook or fill out the below form with your name and email. [fbl_login_button redirect="https://calhounfuneral.com/obituary/benjamin-f-abrams/?modal=light-candle" hide_if_logged="" size="medium" type="login_with" show_face="true"]
×