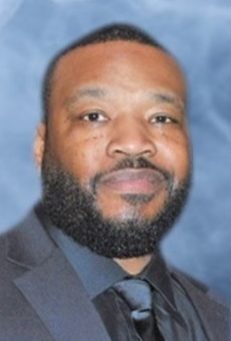 Brian Lamar Calwise, Sr, was born on January 14, 1970.  He was the first of three children born to James Calwise, Jr. and Brenda Stubbs of Youngstown, Ohio.  Brian attended Youngstown Public Schools and was a proud graduate of The Rayen School.  Brian loved many things, but his talent and attraction to football started at a very young age.  Brian was a standout football player, playing the position of corner from little league through college.  After graduating from high school in 1988, he attended The University of Akron on a football scholarship.

Brian began adulthood as an excited young man with an infectious smile.  His personality embodied the entire room and was often considered “the life of the party”. On, May 16, 1992 Brian met and began dating Tequila Pennington from Euclid, Ohio.  After dating for 5 years, Brian and Tequila were married on August 23, 1997. In July of 1998 their first of two children, Reagan, was born.  Brian Jr., their second child, was born in December 2005. Brian’s greatest role became “father”. He embraced fatherhood with the love, affection, protection and support that every child would dream to have from their dad.  His most important job on Earth was to be the best father to his two children.

As Tequila continued her career in teaching elementary school, Brian began to bubble about entrepreneurship.  After working various jobs including the United States Postal Service, Cleveland Metro Schools Gang Task Force and the Cuyahoga County Board of Developmental Disabilities, Brian and Tequila were stable enough for him to pursue his dream of entrepreneurship.  Brian opened The Mikail Investment Group, a real estate rehabilitation firm and shortly after opened Soul LLC, a more general business where he could continue his real estate, but also include other talents like cooking and retail.

What will be missed most about Brian is his infectious smile, his natural ability to cook any meal and of course his embracing personality.  It’s his personality that caused people to know who he was in multiple places around the country.  Brian’s legacy will not only live on in his wife, kids and loved ones, but will live in the hearts of all who’ve met him.  He was wonderful at connecting and building relationships and never forgot a face.  Brian departed to his Heavenly home on April 9, 2022. We will miss him deeply and love him forever.

To leave a condolence, you can first sign into Facebook or fill out the below form with your name and email. [fbl_login_button redirect="https://calhounfuneral.com/obituary/brian-lamar-calwise-sr/?modal=light-candle" hide_if_logged="" size="medium" type="login_with" show_face="true"]
×