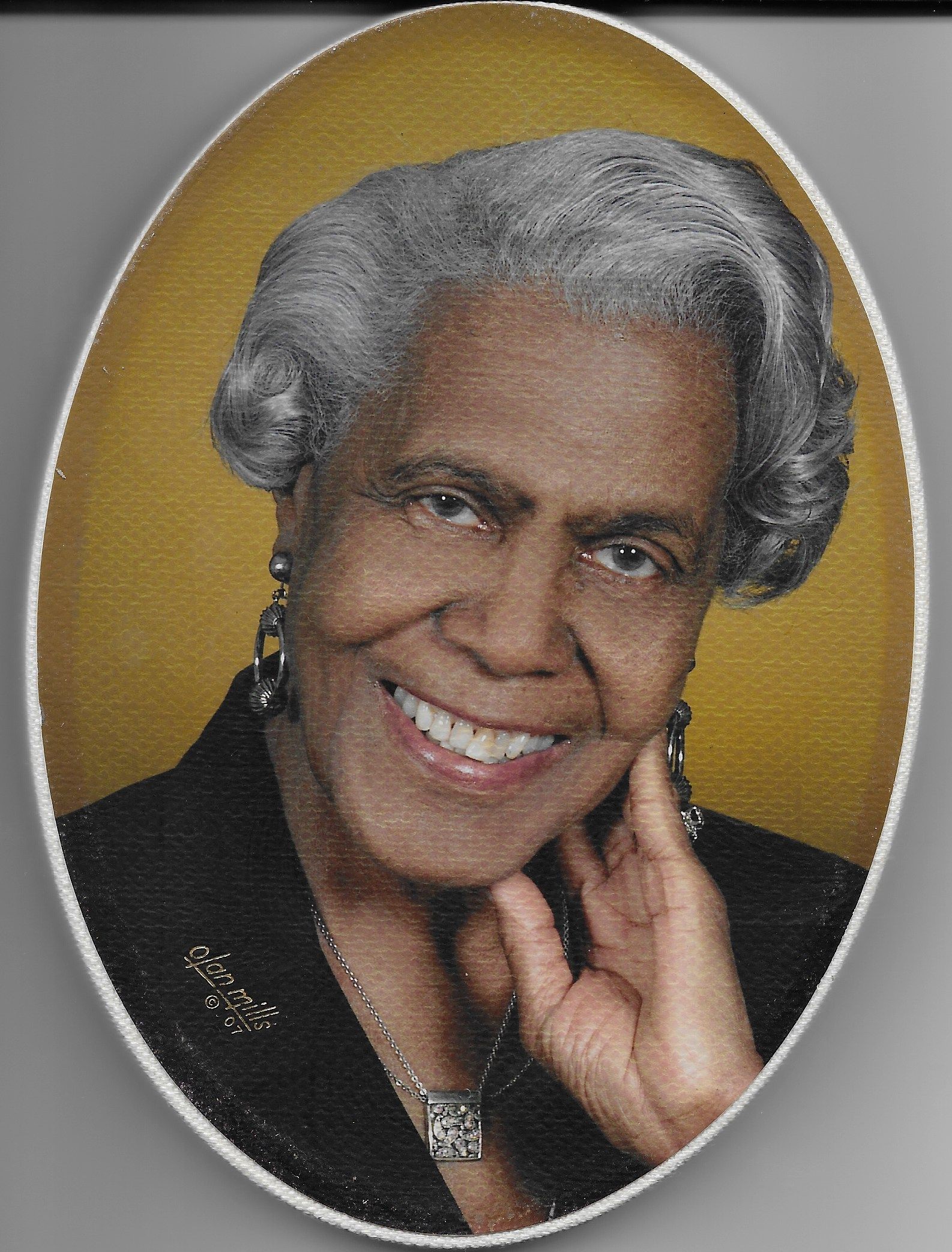 Callie Veazy Terrell was born on November 26, 1918 in Desoto County (Hernando) Mississippi to Archie Veazy, Sr. and Callie Cox Freeman Veazy. She was the youngest and last survivor of ten children.

Her full name was Callie Lillie Veazy Terrell. For her middle name, she was named for the white woman whose property adjoined the family property in Mississippi. After she grew up and understood how white people treated black people (even though the neighbor wasn’t like that) she no longer wanted to use her middle name. During her last years, she worried if her children would have trouble with her estate after she passed, because early in her life she only used “Callie L. Terrell” for her name and signature, and later used “Callie V. Terrell”.

Callie was raised on a farm in DeSoto County, Mississippi. She enjoyed her early life there and often remarked about how she hated being sent to Memphis, at the age of 10, to live with her older sister, Effie Williams and her husband, to complete her education.

She remembered her life as a youngster on the farm, which her family owned, where, among his crops, her father raised peaches. Callie often spoke about how she hid a knife in the peach tree so she could enjoy the fruit as it ripened. This generally resulted in a scolding by her mother because it interfered with her appetite for dinner. However, the knife remained in the tree and she continued to eat the peaches. This trait was reflected throughout her life in doing what she wanted despite the pleas and fears expressed by her children.

She bragged about how much cotton she could pick but was sometimes sent home by her father because she baled on her duties and was often found lying on her sack under a tree because she hated the heat and the sun. This was also reflected later in life when she baled on a singing assignment, when she arrived and found out the church didn’t have air conditioning.

After leaving Hernando, Callie was educated in the Memphis public school system. She attended Florida Elementary and graduated from Booker T. Washington High School under Principal Blair T. Hunt, who remembered her well when her daughter, Inez, later attended there. After high school, she returned to DeSoto County briefly to teach school. She worked as a waitress and as a shampoo girl in a white beauty shop in downtown Memphis. She later attended cosmetology school – Superior Poro Beauty School under the tutelage of Madame P.J. Hampton – while her oldest daughter attended elementary school. They often walked to school together as her cosmetology school was near the elementary school. Callie received her Cosmetology license in 1945. A phenomenal woman, she practiced until she was 101 years of age and COVID quarantine forced her to retire. She was an entrepreneur, with a beauty shop in her home for many years. In the ‘60s and ‘70s she operated a very successful multi-chair hair salon, with a manicurist and a successful retail operation. She was the oldest working beautician in the state of Tennessee.

In celebration of her 100th birthday, she was featured in several newspaper and magazine articles and interviewed by the local CBS affiliate, WREG. This interview went viral and was seen around the world.

During the interview, when asked why she still worked she replied “Well, I can’t describe it. I’m thankful I’m physically able to do some of the things I used to do,” and “Well if you don’t use it, you lose it and people want me to work on them and they pay me, so why not do it.” Callie was also recognized on FaceBook, Twitter and YouTube. Also in honor of her 100th birthday, and as one of their longest-standing customers, Sally Beauty’s Corporate Office established a $10,000 cosmetology scholarship in her name.

Callie married her friend and the love of her life, Charles Nathaniel Terrell in 1938. To this union three daughters were born, Inez, Brenda and Wanda. She was an actively engaged parent and supported her children as a member of the PTA. She was such a fixture in the schools, that all of the administrators, most of the teachers and lots of the students knew her.

She was active in civic affairs and attended her neighborhood Civic Club meetings until the onset of COVID restrictions. During the election season, Callie often volunteered as a poll worker.

Family was all important to her. Her biggest smiles were during holidays when family would gather or during the summer months when “out of town” family would come and they would all gather at her house or one of her sister’s homes in Memphis, or under the huge tree at her sister Beolia’s house in Hernando. She was over joyed with her grandchildren, Jai, Aja and Erin. And, at the age of 99 she was thrilled to get her first great grandchild, Mireille, soon followed by Bennett and Sibylla. Her last big trip was in 2019 to Los Angeles to meet Bennett.

The COVID pandemic took a major toll on Callie who until then lived alone, did her own shopping, handled all her own business, continued to drive to church and often drove her girlfriends (all younger than her, of course) to Tunica or West Memphis, on the highway to the casino. After five months of isolation and recognizing a significant decline, her daughter, Brenda and son-in-law Oliver, went to Memphis and brought her to live with them in Bratenahl, Ohio. This was originally viewed (by Brenda) as a two to three-month vacation for her mother. She told Brenda and Oliver that she was happy being with them and was “having the time of my life”.

With progressing dementia, three weeks before her passing she was moved to Kemper House – a facility for Alzheimer’s and Dementia Care. At Kemper House, she adjusted quite well and she thrived. Both the administrative and care-giving staffs were significantly impacted by her.

She passed away peacefully at Kemper House on Monday, March 29.

To leave a condolence, you can first sign into Facebook or fill out the below form with your name and email. [fbl_login_button redirect="https://calhounfuneral.com/obituary/callie-veazy-terrell/?modal=light-candle" hide_if_logged="" size="medium" type="login_with" show_face="true"]
×