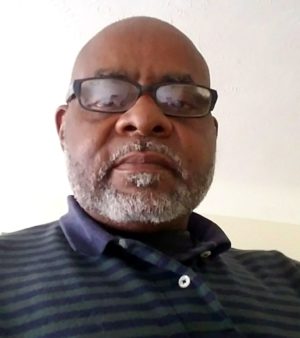 John Gulley II, was born on July 20, 1959, in Akron, Ohio, to Elaine and John Gulley Sr. He was one of four children born to this union.

Having a Christian upbring at an early age, John was baptized at Centenary United Baptist Church. He loved studying the Word of God, so much so that in the early 90’s he was Ordained as a Deacon at Bible Temple Church of Prophecy.

His formal education was in Akron, graduating in 1978 from Buchtel High School.
He worked several jobs, until he became employed with the Chrysler Motor Company. John became a father early to his first daughter Lisa. And later meeting and joining in holy matrimony to Miss Sara Young, their love kept them together for 26 years and to this union 4 children: India, Melanie, Kortney and Jimmelle were born.

John had a love for old cars, grilling, cooking, working in his yard, garden and tending to his flowers. He was a fan of all the Cleveland sports teams. John enjoyed traveling to Birmingham Alabama, Detroit Michigan, and road trips to visit his family. In 2005 John retired and relocated to Cleveland due to failing health.

He was preceded in death by his parents John and Elaine Gulley; and one daughter Jimmelle Moore of Akron, Ohio.

To leave a condolence, you can first sign into Facebook or fill out the below form with your name and email. [fbl_login_button redirect="https://calhounfuneral.com/obituary/deacon-john-gulley-ii/?modal=light-candle" hide_if_logged="" size="medium" type="login_with" show_face="true"]
×