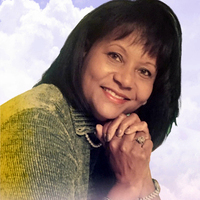 NO FRIDAY VISITATION – Family will receive friends at the Church.

Doris fondly known as “Faye” was born on January 21, 1947, in Landersville, Alabama to the late Raybon Jackson Sr., and Doris Stovall Jackson. Faye was the seventh of eight children. She accepted Christ at an early age at Towncreek No. 1 Baptist Church in Landersville, Alabama. Faye lived most of her childhood in Alabama. She later relocated to Cleveland, Ohio where she completed her education graduating from East Technical High School in 1965. She then started her career working for Sears Roebuck Company where she met Franklin Tiller and they relocated to Atlanta, Georgia continuing their careers at Sears and later uniting in holy matrimony on August 23, 1973.

Faye was involved in many activities during her years with her husband Franklin. She spent several years as a fashion model as she continued her career with Sears. Faye participated in many activities including racket ball, concerts and travel with her husband while living in several different cities during their careers. Faye began a new career after completing her studies in nursing until her retirement. She also worked in her church and supported her husband in activities that fit their interest. Faye loved her family and would travel to visit them quite often. She enjoyed reminiscing about old times with her sisters and brothers when they were growing up in the south which included the good times and the hard times, they experienced that made them stronger.

To leave a condolence, you can first sign into Facebook or fill out the below form with your name and email. [fbl_login_button redirect="https://calhounfuneral.com/obituary/doris-tiller-2/?modal=light-candle" hide_if_logged="" size="medium" type="login_with" show_face="true"]
×

NO FRIDAY VISITATION – Family will receive friends at the Church.