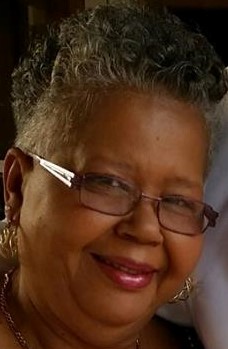 Dorothy Newsome was born, on December 15, 1949 to James Edward I and Willie Mae Easler in Cleveland Ohio. She was affectionately known as Wendy by her 7 brothers and 2 sisters. After graduating from John Hay High School she attended college and worked as a Bank Teller. At the age of 22 she gave birth to her only child Joseph (Flip) with her first husband Joseph R. Wilson. Dorothy (Wendy) raised Joseph throughout his childhood from Elementary to High School. Dorothy’s (Wendy’s) love for her son was and still is above and beyond; her patience with him was so amazing while getting phone calls at work to come to his school once a month if not every other week for his actions. Joseph (Flip) liked hot wheel cars and tracks and so did Dorothy (Wendy), as she took any opportunity to “light him up” with that hard plastic if a hot wheel track was nearby!!!

For 34 years she worked at University Hospitals of Cleveland in the IT Department. Her first position was on the IT Help Desk were she constantly repeated this line for over 30 of those years “Information Technology this is Wendy, how may I help you”? Dorothy (Wendy) would eventually move from the Help Desk to IT Learning Services, where she was responsible for training physicians and nurses when University Hospital upgraded or implemented new systems. Even after retiring she went back as a IT Trainer through an outsourcing company; that’s just how much she loved the staff at UH. One of her favorite places after work with her co-workers and friends was “The Boarding House” on Euclid Ave.

On September 15, 1995, Dorothy (Wendy) married her longtime friend and companion, Kenneth Newsome, who also worked in IT. After Kenneth went home the Lord in 2019, Dorothy (Wendy) eventually moved in with her son Joseph (Flip) and daughter-in-law Shondra in Memphis, TN. On April 3, 2022 Dorothy (Wendy) received the right had of fellowship at Cornerstone Institutional Baptist Church; Dr. Brodie I. Johnson, Pastor who she really enjoyed over the last 12 years when visiting Memphis 2-3 times a year prior to health complications. Dorothy (Wendy) was an active member attending Wednesday night Women’s Bible Study, Prayer Service, regular Bible Study and Sunday Services.

To leave a condolence, you can first sign into Facebook or fill out the below form with your name and email. [fbl_login_button redirect="https://calhounfuneral.com/obituary/dorothy-newsome/?modal=light-candle" hide_if_logged="" size="medium" type="login_with" show_face="true"]
×