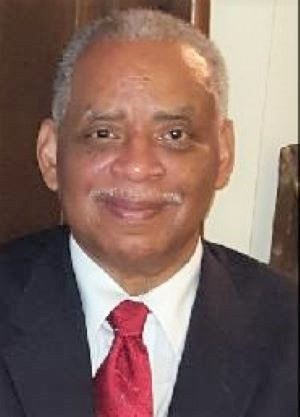 Dr. Charles Alvin Washington was born in Gary, Indiana to Wilson and Doretha Washington on October 7, 1949.  He departed this world on May 19,2021 after a very brief and sudden, unknown illness.

He was awarded a Ford Foundation Grant; the mission of said foundation was to embrace diversity, equity, and inclusion of all people who may otherwise be excluded from the political, economic, and social institutions that shaped their lives. This grant allowed Dr. Washington to study abroad in-order to do an on-site field research in Lusaka, Zambia. He studied site and services, infrastructures, and housing in Zambia, Kitwe, and Ndola for more than a year in order to fulfill the grant and academic research requirements necessary for Doctorate degree.

His seven-month pregnant wife, Margaret, was brave enough to travel with him; while in Zambia, she gave birth to their first child, Alexander Wamundila (which means “born on a journey”).

He had a five-year partnership with the Jared Group in-an-effort to promote the software he created.  After severing his partnership with Jared Group in 2001, he independently owned Champ Software and Services (dba Washington &Rice, LLC) for eight years.  During this time, his company sold computer software which he developed for agencies, prime contractors, and sub-contractors. He obtained clients in New York, New Mexico, Rhode Island, and Massachusetts Department of Transportation.

After his business venture, Dr. Washington decided to write a book entitled Ensuring, Justice, Fairness, and Inclusion in America, Managing Equity in the 21st Century.  For more than twenty-five years, Charles was purpose driven to save liberal democracy for such a time as this. He felt God wrote the book and gave him this mission which he assiduously and indefatigably pursued with unwavering determination to witness its completion.

Dr. Washington had unshakeable faith in God and knew that God would allow him to see the fulfilment of his vision despite the myriad of obstacles, machinations, and setbacks.  He created blogs, news releases, websites, and various apparel such as t-shirts, hoodies, caps etc. to capture the theme of “e pluribus unum”: “out of many, one” in an effort to promote his software and provide a solution for our crumbling democracy.  God had given him the prescience to have this vision many years ago, and here we are on the political precipice of losing our democracy.

Dr. Washington and his family joined Olivet Institutional Baptist Church in 1994 and continued their membership until a move in 2003 caused them to locate a closer church for worship.  He and his wife joined Mount Zion Fellowship in Highland Hills, Ohio. During his membership, he served as a Deacon and Assistant Food Pantry Supervisor. He also created compliance software for the church’s food pantry in-order to assist in collecting data necessary for monthly reports required by the Cleveland Food Bank. After leaving Mount Zion, he and his wife rejoined Olivet Institutional Baptist Church in Cleveland, Ohio on January 5, 2014 until the present.

Dr. Washington had a thirst for knowledge and was most confident and unequivocal about his talents and abilities.  He enjoyed art, especially acrylic and oil painting.  He created an oil painting of an African warrior that hangs in the Black Cultural Center at his alma mater in Bloomington.

He also had a passion for traveling, especially abroad. Among his favorite travels were Italy, Southern African countries, Mexico City, Mexico and Israel to name a few.

Dr. Washington had an altruistic nature, and was a faithful, giving, and patient husband. His passing will leave a great void in the hearts of those who loved him most.

He was preceded in death by his late parents, Wilson and Doretha Washington and oldest brother, Walter Washington.

To leave a condolence, you can first sign into Facebook or fill out the below form with your name and email. [fbl_login_button redirect="https://calhounfuneral.com/obituary/dr-charles-alvin-washington/?modal=light-candle" hide_if_logged="" size="medium" type="login_with" show_face="true"]
×