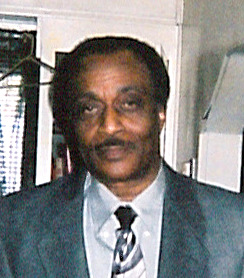 Edward Nicholson, Sr. went home to be with the Lord on April 24, 2015.  Edward is survived by his beloved wife, Sabrina.  Cherished father of Edward (Darlene); three brothers, Julius, Carl, and Curtis; grandfather of Edward III and Danielle and great grandfather of Monty and Mesas.  Preceding him in death are seven brothers and one sister.  Visitation is Friday, May 1, 2015, 2-8pm at THE CALHOUN FUNERAL HOME, 23000 Rockside Rd., Bedford Hts. 44146.  Service is Saturday, May 2, 2015, 10am at funeral home, where family will receive friends at 9:30am.

To leave a condolence, you can first sign into Facebook or fill out the below form with your name and email. [fbl_login_button redirect="https://calhounfuneral.com/obituary/edward-nicholson-sr/?modal=light-candle" hide_if_logged="" size="medium" type="login_with" show_face="true"]
×