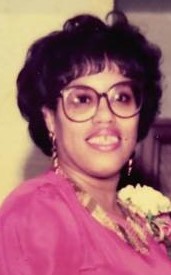 Frances Neil Davis was born in Cleveland, Ohio on October 29, 1953. She was the youngest of four daughters born to O’Neil and Marylene Howard. Frances, who was affectionately known as “Frankie,” accepted Christ at an early age and was baptized at Providence Baptist Church by her great uncle, Rev. John Dobbins. She attended Cleveland Public Schools and graduated from John Adams High School in 1971.

To leave a condolence, you can first sign into Facebook or fill out the below form with your name and email. [fbl_login_button redirect="https://calhounfuneral.com/obituary/frances-neil-davis/?modal=light-candle" hide_if_logged="" size="medium" type="login_with" show_face="true"]
×