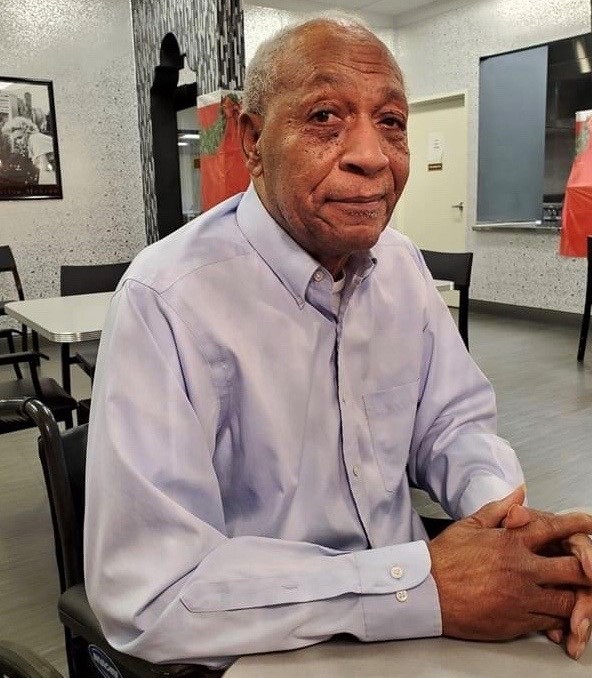 George Bardwell moved to Cleveland in 1959 and married Annette Brown who proceeded him in death in June of 2009 and from that union they had three beautiful daughters, Yvonne East of Avon, Ohio, Deborah Sutherland (Rev. Cyrus) of Hartford, Connecticut and Pamela Tyson (Ben) of Columbus, Ohio who preceded him in death.

George leaves to cherish his memory, his devoted daughters, Yvonne and Debbie; His grandchildren which he admired dearly,  Eric East (Jasmine) of Cleveland, Ohio, Ciera Borders of Hartford, Connecticut, Wynton Borders of East Haven, Connecticut, Alicia Davis of Cleveland Heights, Ohio, Brandon Tyson and Amber Tyson of Columbus, Ohio; Great Grandson Aiden East who affectionately called him “Papa”, Bryant and Nasir. He also leaves his younger brother Gertman Harris (Mary) of Cleveland Heights, Ohio (sons, Michael and Vincent Harris); Cousins from Detroit who he stayed with briefly during his younger years; His sister-in-law’s, Dorthy Miller (Eddie, proceeded him in death) of East Cleveland, Ohio, Lorene Thompson of Denver, Colorado, Earnestine Butts(Al) of Birmingham, Alabama and Theresa Madison of Bessemer, Alabama.  He is cherished by a host of extended nieces and nephews of his wife’s family. And a few dedicated friends from the Avenue Facility in Macedonia, Ohio.

To leave a condolence, you can first sign into Facebook or fill out the below form with your name and email. [fbl_login_button redirect="https://calhounfuneral.com/obituary/george-bardwell/?modal=light-candle" hide_if_logged="" size="medium" type="login_with" show_face="true"]
×