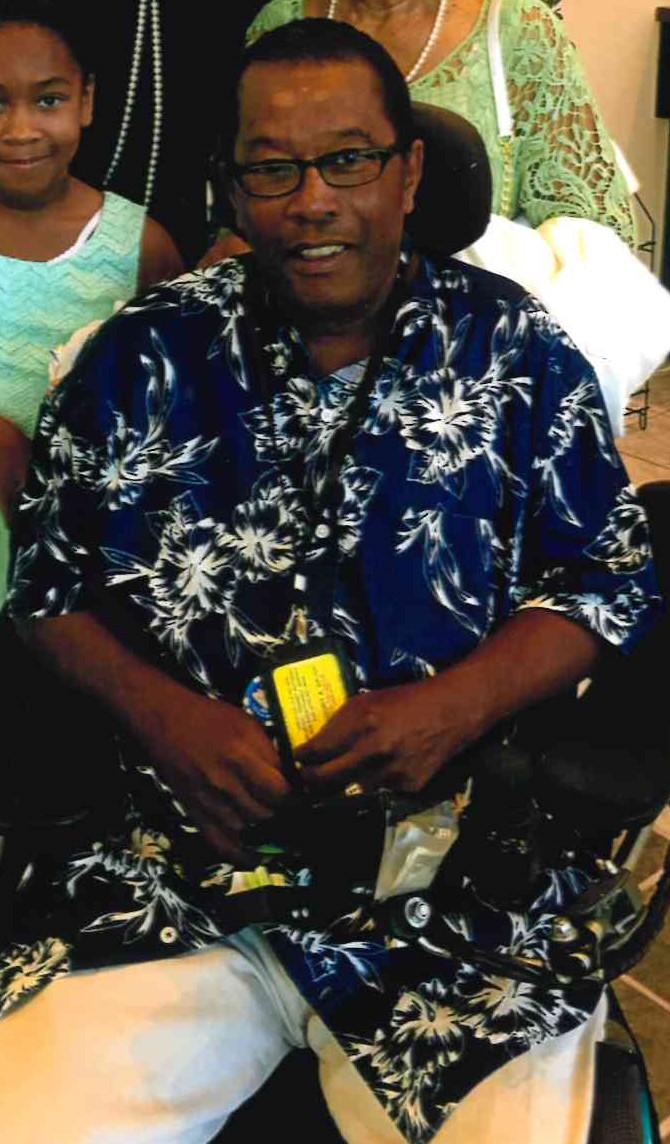 Gregory Baugh was born on March 16th, 1957, in Cleveland, OH to the late Eugene Baugh, Sr. and Mary Libbie Scott. Gregory was the youngest son of five children. Greg confessed Christ as his lord and savior at an early age of 13 years old. He received his high school diploma from Cathedral Latin where he was an honor student, and his name was written in gold.

He was married to Denise Golden and from this union one son was born Gregory Baugh, Jr. Greg decided to join the Chanute Air Force Base in Illinois with an honorable discharge. In the late 1970’s, he worked at Euclid General Hospital and met Renee Padgett. From this union they had three children: Shamika Padgett, Eugene Padgett, and Gabrielle Padgett.

Then Greg started working at the United States Post Office and continued to have various jobs throughout his life. Some of the things he enjoyed were horseback riding, music, dancing, spirits of life, baseball, bowling, shooting pool, worked on cars and he re- built the car called Gremlin, and meeting people. Once you met Greg you had a friend for life. One of his favorite outings was working at his father’s bar, Cozy Corner.

Some of the stories that we love to tell: When Phillip and Miranda were little, Greg burned his sister on the cheek and his brother on the forehand with a cigarette lighter because of their continuous antagonizing methods. Another story: Greg would pile his kids in one of his vehicles which had a hole in the floor and told his kids to put their feet on each side. The kids asked why, and he said you will see the ground move. Greg and his oldest son both enjoyed having the spirits of life.

On January 1st, 2015, Greg suffered an injury that left him paralyzed for the remainder of his life. Even though Greg was in a wheelchair, he still enjoyed life and did not change his habits of being outside. He could be seen going from the west side of Cleveland, North Side, South Side and everywhere in between. Greg had a good spirit of always being on the go and was not afraid of telling you what was on his mind. Greg was called to be home with the Lord, Sunday July 24th, 2022

To leave a condolence, you can first sign into Facebook or fill out the below form with your name and email. [fbl_login_button redirect="https://calhounfuneral.com/obituary/gregory-a-baugh/?modal=light-candle" hide_if_logged="" size="medium" type="login_with" show_face="true"]
×