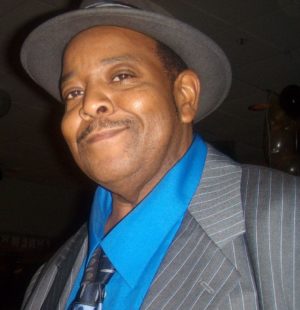 Harvey Dial was born August 14, 1956, to the loving parents of Hastings Dial and Susie Mae Fincher in Cleveland, Ohio. Harvey was the youngest of seven children.
Harvey attended Cleveland public schools and graduated from East Technical High School on June 6, 1975. Harvey would later go on to Truck Driving School and graduate and receive his CDL license.

Harvey met and married Lisa Morris on September 27, 1990. To this union, a son and daughter were born, Harvey and Centilya Morris.
Harvey was employed at Wagner Rustproofing and served as Security, but he was so much more. He was kind of a jack of all trades. Harvey would fill in wherever was needed during his time at Wagner Rustproofing. Harvey enjoyed his Browns and his Buckeyes. He was an avid sports fan of all the Cleveland teams. Harvey very much so enjoyed cars, volunteering at his kids’ school, and music. He loved Jazz and in his free time he would travel to see some of his favorite artists and bands play. Harvey was someone who would always put others’ needs before his own. He was a selfless man who would give you the shirt off his back. Harvey also had an infectious smile, that was contagious and everlasting wherever he went.

Harvey received his wings on Sunday, September 11, 2022. He was preceded in death by his brother, Hastings Dial Jr. His sisters Amanda Blade and Mary Louise.
Harvey’s precious memory will forever linger in the hearts of his children; Harvey Hastings Morris Jr., and Centilya Marissa Morris. His Siblings; Dorothy Ferguson, Barbara Cotton, and Rose Parrilla. Grandchildren, Hakim Farley and Harmony Morris; a host of nieces, nephews, two brothers-in-law, three sisters-n-law, and a host of other relatives and friends.

To leave a condolence, you can first sign into Facebook or fill out the below form with your name and email. [fbl_login_button redirect="https://calhounfuneral.com/obituary/harvey-dial/?modal=light-candle" hide_if_logged="" size="medium" type="login_with" show_face="true"]
×