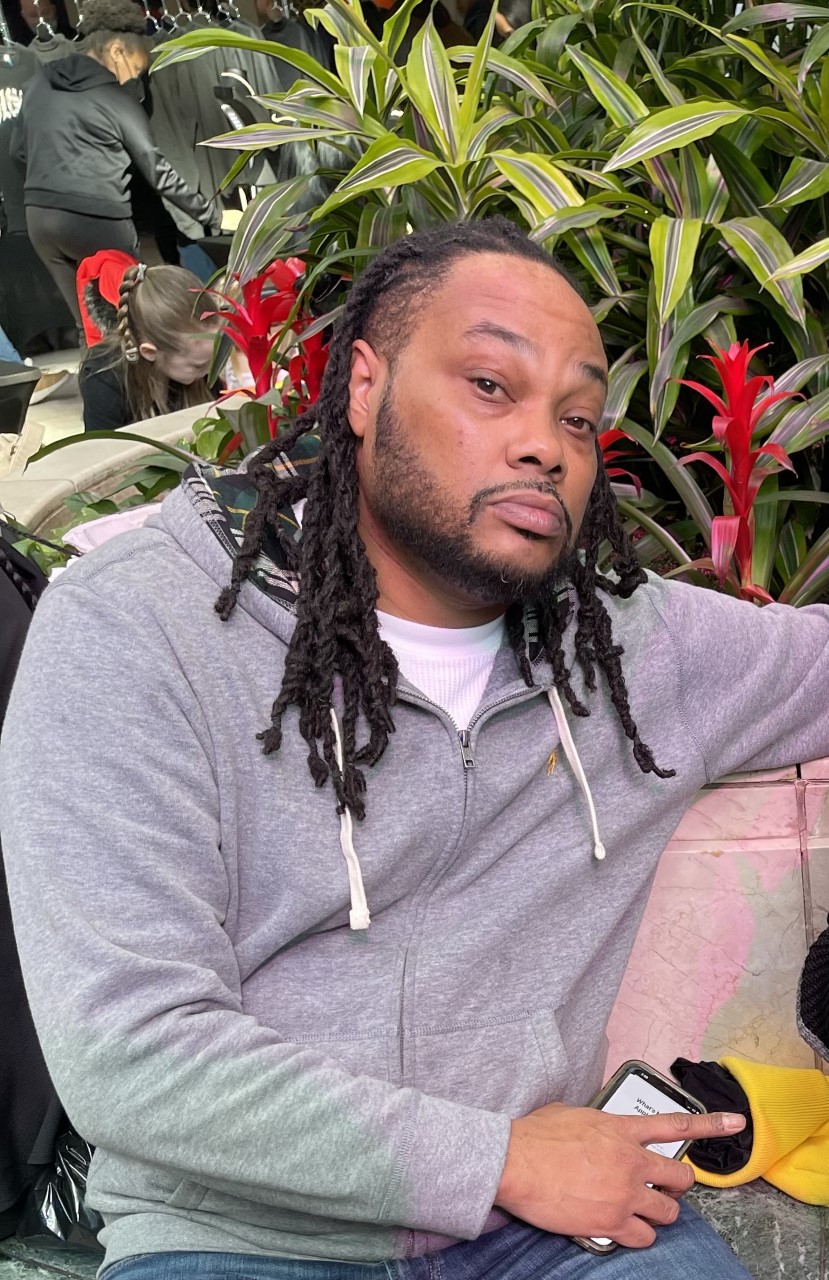 James Damian Moore was born in Cleveland, Ohio on September 26th, 1973, to the late Cleo A. Moore and Carolyn McDuffie-Moore.

James was a Christian and accepted Christ at an early age. James D. Moore was baptized at Greater Love Missionary Baptist Church under the leadership of Bishop Eugene Ward Jr.

While attending Junior High at Clara E. Westropp, James met Suptrina (Levenshown) Moore and this is where their journey began.  After years of dating, James and Suptrina joined in marriage on July 27th, 2002. In James words, his position was “SOLIDIFIED”. During these years families united, and relationships and bonds were formed. In 2006, James and Suptrina added to their family their four baby Jewels. James and Suptrina were inseparable. They spent decades together making memories and enjoying each other. The love they share and have for each other is undeniable. James and Suptrina are the epitome of “Black Love”. Their love had no bounds, and they are true soulmates.

James was a very hard working, and dedicated employee; with multiple organizations until his passion led him to the field of social services. James was employed with Lutheran Metropolitan Ministries (LMM) from 2008 until his untimely passing. During his tenure with LMM, he was an exemplary employee who held various positions. James was then promoted to a leadership position as a trainer and lead staff. In addition to working at LMM, he joined his sister (Starr) in a leadership position at Jaystarr Homes 2, where he was the House Manager, and Lead Trainer with Handle With Care. While working with at risk youth, many of the residents affectionately called him the “The Big Homie”/ “O.G.” His dedication to the youth yielded their respect and admiration. In January 2022, James embarked upon a new business venture, JAS Plowing and Extended Services. This brought him a lot of gratification, and community connections.

James loved all Cleveland Sports teams. He especially loved his “Cleveland Browns”. James would look forward to every upcoming season with the Browns. James was a die-hard fan who loved to tailgate and who was always optimistic rooting for that Big Win. James enjoyed annual family vacations, he looked forward to spending time with his wife and family to reflect on their love and strengthening relationships. In addition, James was an avid shoe collector since 1990. Holding a plethora of Air Jordans.  James also had a passion for listening to Old School, R&B, and Rap music.

James gained his wings on April 11th, 2022, and he was called home to be with the Lord and the rest of his family that proceeded him in death. Great Grandparents Charles and Ruby Cox, Mother Carolyn Moore, Father Cleo Moore also known as Pete, Maternal Grandparents Arneather and Lee Tanner, Paternal grandfather Willie Kelly, Brother-in-law Gregory Levenshown, and his baby Jewel Pie Moore.

To leave a condolence, you can first sign into Facebook or fill out the below form with your name and email. [fbl_login_button redirect="https://calhounfuneral.com/obituary/james-damien-moore/?modal=light-candle" hide_if_logged="" size="medium" type="login_with" show_face="true"]
×