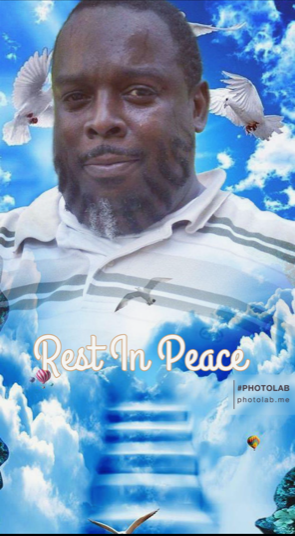 James graduated from John F Kennedy High School in 1985, and afterward attended Tiffin University. He worked for several Private Security Agencies throughout the years and was employed with Bentley Investigations before taking ill. James accepted Christ as his Lord and Savior before departing us.

James, lovingly known as Buster, Boxx, and The Jokester, had a very passionate love for his family and valued spending time with them. He treasured being around his children: laughing, playing games and telling jokes. His grandchildren were the illumination of his life. He made sure that he attended all of their birthdays and didn’t miss any special events. James also loved spending quality time and traveling with his fiancé Karen, whom he adored tremendously.

You could always catch him, at a card table playing bid wisp or spades, being funny and trying to cheat. He also loved reading, writing, and drawing.

James was also known as the Master Griller and when he got the urge to grill, he would pull anything out the refrigerator or freezer and cook it. You could find him on the grill, rain, sleet or snow and if he wanted to grill, and didn’t have a grill around, he would make a grill out of anything. At the family reunions, everyone knew that you could find him perched up next to the grill with a fork/spatula in his hand and his bottle of special basting sauce nearby.

James took seriously ill in June 2021, however, despite what he was going through, he maintained a positive and upbeat demeanor. He fought a hard battle and refused to give up despite all the unexpected hurdles that arose. Even during his sickness, he was full of life. He was called home Wednesday November 17, 2021.

To leave a condolence, you can first sign into Facebook or fill out the below form with your name and email. [fbl_login_button redirect="https://calhounfuneral.com/obituary/james-howard/?modal=light-candle" hide_if_logged="" size="medium" type="login_with" show_face="true"]
×