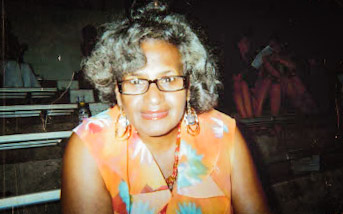 Joyce Hudson was born on June 19, 1945, to the late Robert and Louvenia Henderson in Meridian, Mississippi. At an early age, Joyce accepted Jesus Christ and was baptized at the Pentecostal Church of God in Mississippi. Joyce relocated to Ohio with aspirations of becoming a devoted caregiver. She took great pride in caring for her clients, and in 2002 the Red Cross of Northeast Ohio awarded her with the Health Care Hero Award after saving a child trapped under a car. After working as a Home Health Aide for 17 years for the Cuyahoga County Department of Human Services, Joyce decided to retire. Joyce had a zest for life as she loved to dance, shop, travel and spend time with family and friends. On January 18, 2023 Joyce peacefully passed away at the age of 77. She was preceded in death by her parents Robert and Louvenia Henderson. sisters Bera Bell, Naomi Ford, Gloria Morris, Lavera Sims and Corine Little. Her brothers, Robert Henderson, Richard Henderson, Michael Henderson and Avery Henderson. She is survived by her eight children, Regina Henderson, Zachary Hudson, Angelia (George) Sturdivant, Jerry Hudson, Quinton (Christine) Hudson, Anthony Hudson, Eric Hudson and Terrance (Andrea) Hudson along with sisters, Ada Owens, Deirdre (Louis) Houston and Cynthia Battle, and brother Larry (Eliza) Henderson. A host of grandchildren, great grandchildren, nieces, nephews and friends are left to cherish her memory.

To leave a condolence, you can first sign into Facebook or fill out the below form with your name and email. [fbl_login_button redirect="https://calhounfuneral.com/obituary/joyce-f-hudson/?modal=light-candle" hide_if_logged="" size="medium" type="login_with" show_face="true"]
×