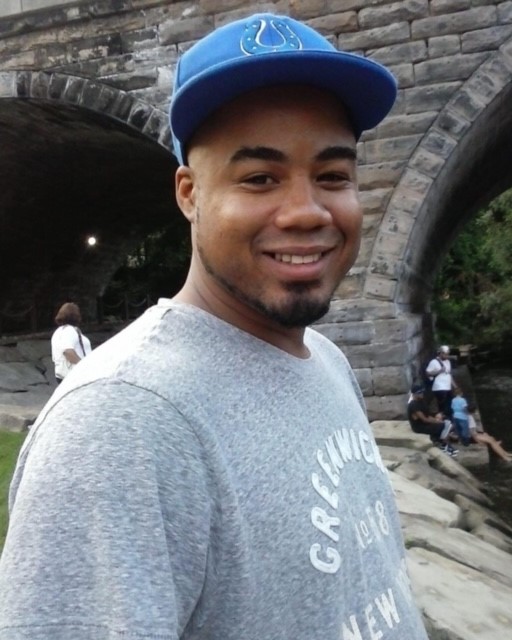 Kaleb Daniel Cotton was born on January 4, 1983, in the morning during a successfully planned cesarean section. He was a healthy unexpected miracle that was born against all odds into this existence to his parents Pamela Louise Cotton and Kenath Anthony Cotton, Sr. Kaleb’s birth was a miraculous event. After his mother was told by several doctors that she was barren and after receiving a negative pregnancy test, she had gone to the hospital to have gallbladder surgery. During that surgery, the doctors opened her up and were surprised to find a fetus. They told her that it would not be expected to survive and that it should be aborted. Six months later, Kaleb Daniel Cotton arrived.
His early education consisted at Stewart and Walls Elementary, Davy Junior Middle School, and Kent Roosevelt High School where he graduated in 2001. He began working at the early age of 14 at a video store, however, after graduation, he went on to receive his STNA Certification. His caring personality led him into a career in helping the elderly. He had many interests in service work helping the disabled and was a Support Specialist for a long time at Independence of Portage County. He gained satisfaction in his capacity to help those in need more than monetary gain. Aside from that, Kaleb also had several jobs as a Sous Chef, as cooking was one of his favorite past times as well. Kaleb had a lot of hobbies and interests. He was introduced to big-time Wrestling as a kid by his dad and that pretty much shaped his main interest in combat sports such as the UFC, MMA, and the like, which he once considered partaking in himself.
Kaleb had a beautiful smile, was easygoing, light-hearted, had a great sense of humor, and would easily be the life of the party at any event. He was very popular in school while at the same time laid back. Though he was laid back, where nothing really bothered him, he also had a stubborn streak from a young age that followed him throughout his life. He pretty much was going to do what he wanted to do.
Kaleb’s spiritual life was something that he took seriously at a very young age. He received God/Christ as his personal Savior. He never compromised his beliefs in God. His spiritual mentors and friends were Mr. and Mrs. Tony Britt who helped guide his beliefs.
What Kaleb enjoyed the most was spending time with his children, Kylaya Cotton, and Issac La Flame. When he was not working, he spent most of his time with them or making plans to be with them.
Kaleb just didn’t have friends, his friends were like his brothers: Keith (Pole) Austin, Rob, Jason Reedy, Damien “Diddy Kong” Gross, Albert Stevens, and Peter Finley – just to name a few…all inseparable.
Kaleb departed this earthly life on September 5, 2022. He was preceded in death by his father; Kenath Anthony Cotton; grandparents, Albert (Peggy) Rucker, Sr., and David (Mary) Cotton, Sr.
He is survived by his daughter, Kylaya Cotton; son, Issac La Flame; brothers, Azer Abraham (Selam Manalebih) and Matthew Stanford; mother, Pamela Louis Cotton; and a host of aunts, uncles, nephews, nieces, and beloved family and friends.

To leave a condolence, you can first sign into Facebook or fill out the below form with your name and email. [fbl_login_button redirect="https://calhounfuneral.com/obituary/kaleb-daniel-cotton/?modal=light-candle" hide_if_logged="" size="medium" type="login_with" show_face="true"]
×