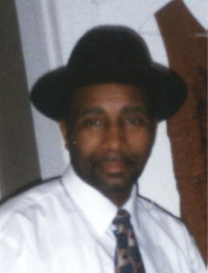 Born and raised in Cleveland, Ohio, Larry graduated from John F. Kennedy High School and attended Central State University in Wilberforce, Ohio. For many years he worked as a bus driver, transporting students to and from school. He was very proud of this career as it gave him the opportunity to mentor young kids.

In addition to his occupation, Larry had many hobbies, such as playing basketball, bowling, dog breeding and photography. Family and friends were Larry’s passion and delight. He was very close to his mother Geraldine Dorroh and was her primary caretaker until her death in 2010.  Larry was also known for giving the most unique nicknames.

He was very gifted as singer, writer and played the piano.  He was member of the Dorroh Singers, a family gospel group that provided music ministry to those in prisons, workhouses, and hospitals.

He also authored a book of poetry entitled “We’re on Your Side”, a collection of poems dedicated to the youth of the world.

Some of his favorite things were western films, the Dallas Cowboys, Mountain Dew soda and ice cream.

The family wishes to thank all who cared for him during his last few months.

To leave a condolence, you can first sign into Facebook or fill out the below form with your name and email. [fbl_login_button redirect="https://calhounfuneral.com/obituary/lawrence-dorroh-sr/?modal=light-candle" hide_if_logged="" size="medium" type="login_with" show_face="true"]
×