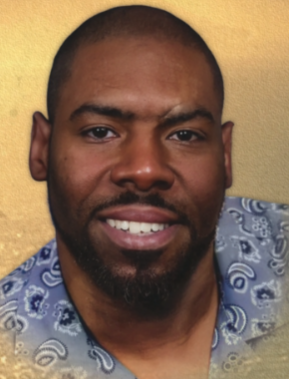 Lucius Lorenzo Washington passed away Sunday, August 21, 2022, at Akron General Hospital. He was born in Akron, Ohio to Lucius B. Robinson and Sarah Robinson. He was a resident of Akron for the entirety of his life.
Lucius served in the US Army and Marines and tours of duty in Panama, Iraq, Iran, and Kuwait during operations Desert Shield, Desert Storm, and the Gulf War.
Lucius was a skilled “backyard” mechanic and worked in the steel coat painting industry for years, a job he truly loved. In his free time, he enjoyed fishing, grilling, shooting guns, playing Pitty Pat, and being in nature.
Lucius was a devoted son, taking care of his father and mother during the last several years of his life. He was known for telling stories and always enjoyed a good laugh. Lucius had a smile that could brighten an entire room. He will forever be missed.
He was preceded in death by his grandparents, Deacon Richard Johnson, and Mary A. (Allen) Johnson; father, Lucius B. Robinson; and his dear, longtime companion, Amy D. Gansel.
Lucius leaves behind to cherish his memory forever: mother, Sarah Robinson; brother, Robert Washington; sister, Cynthia Portis; daughters, Shetika Washington, Sarah Washington, Shaquita Crawford, and Susie Washington; granddaughter, Kennedy Williamson; grandson, Sean Taylor; former spouses, Shonda Harris, and Deidra (Porter) Washington; companion, Melissa Estes; as well as a host of other relatives and many friends.

To leave a condolence, you can first sign into Facebook or fill out the below form with your name and email. [fbl_login_button redirect="https://calhounfuneral.com/obituary/lucius-lorenzo-washington/?modal=light-candle" hide_if_logged="" size="medium" type="login_with" show_face="true"]
×