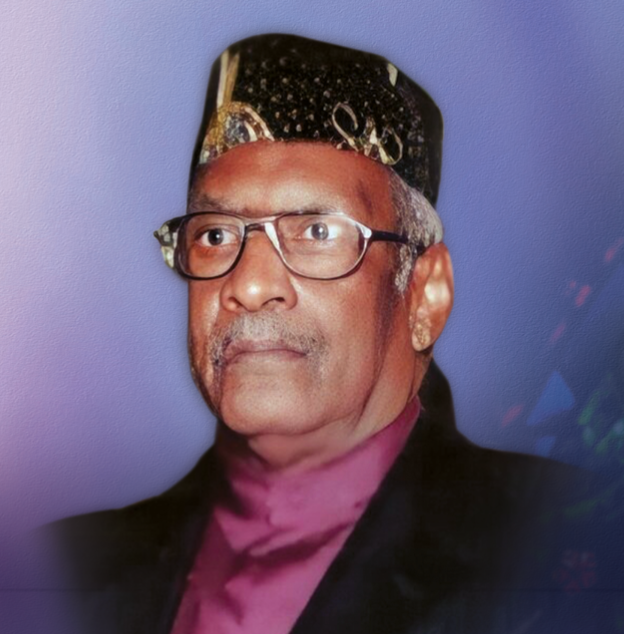 Reverend Dr. Joseph DeLeon Petty was born in Redstar, West Virginia, on April 30, 1941, to Theodore T. Petty and Ella Long. Being the youngest boy of four children, he always introduced himself as Miss Ella’s “Baby boy”. Joseph took his place in Paradise on June 8th, 2022, at 7:59 PM surrounded by loved ones.

Joseph graduated from Montgomery High School in Charleston, West Virginia. He enlisted into the Armed Services in Fayetteville, West Virginia. Friends found Joseph to be a fun loving, and exuberant person.

While in the military, Joseph answered God’s call for his life of service. Armoring himself with the Word, he became a warrior for God. In July of 1968, Joseph received his honorable discharge from the Military.

Joseph used his knowledge of the Word to teach others. In addition to his work in the Gospel, he also worked for Motown, the Chassis System railroad, Novamax Chemical, and finally the Henkel Corporation at American Axle Corporation as a private contractor, where he retired.

Joseph joined and became the overseer of Bibleway Temple. He went on to become the founder and pastor of “In Times Like These” Ministries while being affiliated with other denominations. He continued to minister God’s word until he retired in 2005.

Outside of spending time with his loving family, Joseph enjoyed traveling, fishing, boating, writing, and reading the Word. One of the highlights of his life was being baptized in the river Jordan along with his daughter Maiysha. He now joins his parents, Theodore T. Petty and Ella Long and his siblings John and Rosetta who preceded him in death.

Joseph leaves to cherish his memory with love: his wife and companion of over 27 years, Pamela Jackson-Petty; their loving son, Kyle Daniel; loving daughters, Maiysha and Zenita Daniel; granddaughters, Mizan “Princess” Thomas, and Erin “Peanut” Perkins; his sister, Margaret Thoms of Detroit; his spiritual sister, Deloris Banks; as well as a host of spiritual children, nieces, nephews, cousins, friends, and acquaintances too numerous to name.

To leave a condolence, you can first sign into Facebook or fill out the below form with your name and email. [fbl_login_button redirect="https://calhounfuneral.com/obituary/reverend-dr-joseph-d-petty/?modal=light-candle" hide_if_logged="" size="medium" type="login_with" show_face="true"]
×