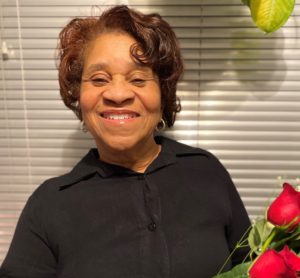 Sharon Ann Bentley was born in Cleveland, OH on February 20, 1952, to Father, Marvin Bentley Sr. (deceased) and Mother, Jeanette Bentley (deceased). She is number 6 of their 9 children. Her brothers and sisters include Ralph Williams, Barbara Branch, Virginia Adams, Marvin Bentley Jr. (deceased), Vernon Bentley Sr. (deceased), Kenneth Bentley, Patricia Bentley, and Sandra Howell. There is an Honorary sibling, Deborah Bentley married to Sharon’s brother Vernon Bentley Sr. for 51 years.
Sharon Ann was married to Fred Oliver on October 16, 1997. They were married for 25 years and had been together for 28 years. Fred was the only person who affectionately called her, Thuggar, and she responded as if it were her first name. Fred would always say that Sharon was so sweet that he would use her finger to stir his coffee.
Leaving to carry on her legacy, Sharon’s children; Leslie (Wayne) Pledger, Larry (Daisy) Bentley, and Danielle Hamilton, grandchildren; Ricky (Maggie) Rodriguez, Jasmine Bentley, Lorenzo (LJ) Bentley, Kiara Jackson, Candace Jackson, Jeffery Jackson II, great-grandchildren; Chaise Coleman, Eric Coleman Jr, Kaisen Coleman, Gabriela Rodriguez, and numerous very special cousins, nieces and nephews; prayer partners, church family and countless childhood friends and associates.
Sharon attended The Word Church on Sundays prior to the pandemic. You could find her working in the Children’s Ministry donating her God-given talents to minister to the needs of children in the community and keeping them on the right path, and she did it so well. As an educator, her discipline tactics primarily involved the tightening of the lips with a mild clearing of her throat as she locked eyeballs with the child. No words were ever spoken. The child felt it through his/her body and quickly got on the right track. This tactic was just as effective with her personal children, as well as children that she worked with at the YMCA where she retired in 2017. After retirement, she loved spending time at the Cleveland Playhouse as a Red Coat Volunteer.
Sharon, affectionately known as Ma’, Mommy, Grandma, Grandma Sharrings, Sharon Ann, Ann, Lil’ Ann, Sassy Ann, Thuggar, Momma Sharon, Miss Sharon, believed in education. She graduated from Cleveland Extension High School June 11, 1974 and received an Associate’s degree in Early Childhood Education in March of 1991 long after completing high school, but it was important for her to finish. She instilled the belief in education in her children by continuing to say, “Get your education. It is something that no one can ever take away from you.” The idea of no one taking anything from her held strong, as through the years she worked hard to meet financial goals, including creating a home to raise her family and leave to them after she was gone. Her legacy is going strong throughout her lineage considering all three of her children are independent thinkers and college graduates and each of her grandchildren to date have either received their college degree or are working on it.
Sharon loved line dancing; she loved music. She loved to dance. Sharon also loved to travel, she loved to decorate her home and watch HGTV, she loved being with her family and listening to inspirational messages of the gospel. On November 5, 2022, Sharon left her earthly body for her place in Heaven after a hard fight against Cancer. She passed away in her home surrounded by family. There are no words that express how much she will be missed.

To leave a condolence, you can first sign into Facebook or fill out the below form with your name and email. [fbl_login_button redirect="https://calhounfuneral.com/obituary/sharon-ann-oliver/?modal=light-candle" hide_if_logged="" size="medium" type="login_with" show_face="true"]
×