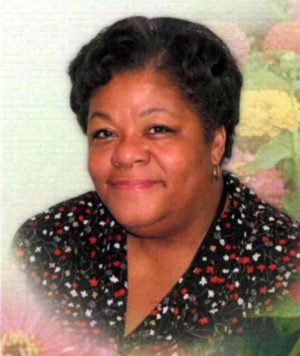 Shirley Annette Jackson was born on May 15th, 1955, in Detroit Michigan, to Willie and Irene Shipp. Mrs. Jackson wore many hats in this life: a devoted wife, mother, faithful choir member, cheerful and dedicated to the children’s choir, well known and praised for her work in the community and long-term career in corporate finance. After a tremendous fight, the Lord said job well done my good and faithful servant. She left this world peacefully on Tuesday night September 27th, 2022, at the age of 67.
Education
Shirley was very studious and loved school, graduating from Glenville High School in 1972. She continued her education with college courses at the American Institute of Banking in Akron, Ohio where she received her certificate to work in the banking industry. She held prestigious positions and trained employees for numerous banking institutions such as First Merit National Bank, Third Federal Savings and Loan, Fifth Third Bank, and Ohio Savings Bank.
Shirley also began hobbies up to and after retirement; she hosted and attended arts and crafts venues and held shows in her own home. She decorated weddings and party centers with floral arrangements and wreaths for all seasons. She later taught herself how to make and sell jewelry. She served her church family and the community with beautiful, bold, and vibrant sets and pieces for all ages.
Church Family
Shirley was a member and choir director at First Missionary Baptist Church in Cleveland, Ohio. She later became a member of Mt. Zion of Oakwood Village where she sang in the choir and assisted in directing the children’s choir for special holiday events. She was a guiding light for all the kids; they loved and adored her and couldn’t wait to see her.

Family
In 1962, she and her family moved from Detroit to Cleveland. In June 1971, Shirley met her soulmate Kenneth D Jackson Sr. When she and his first cousin’s fiancé came to his mother’s house to discuss preparations for the fiancé’s upcoming wedding. She loved helping people, even way back then. Mr. Jackson just happened to be home, between military tours at that time, so this was the first time he saw Shirley. Immediately he observed the passion and effort she put into helping other people and it was love at first sight. Shirley and Kenneth got married about a year and a half later, on January 6, 1973. Shortly after marriage, they were expecting their first child Kenneth D Jackson Jr. God blessed them again and gifted them two more beautiful children Michael D Jackson and Shirkendra J Dancy. All 3 have spiritual gifts and talents passed down from their parents. Their union lasted, as one of the marriage vows calls upon UNTIL DEATH DO US PART, 49 years later. Shirley was a loyal member of her family, her church, and the community she lived in.

She leaves the following family to honor and cherish her memory:
Her husband, Kenneth D. Jackson Sr.; their three children, Kenneth D. (Songsun) Jackson Jr., Michael D. Jackson, and Shirkendra J. (Tony L.) Dancy; 11 grandchildren, Michelle A. Jackson, Kenneth D. Jackson III, Terrence-Yujin D. Jackson, Makayla M. Jackson, Alexandria L. Jackson, Shirena A. Jackson, Kamden B. Jackson, Damar J. Dancy, Shania A. Jackson, Chyenne L. Jackson, and Sareen J. Dancy; mother, Irene Shipp; two sisters: Joyce (William) Moore, Barabara (Harrie) Scott; numerous nephews, nieces, grand-nephews, grand-nieces, brothers-in-law, sisters-in-law, cousins, other relatives, and friends.
She Made Her Mark
Shirley was a focused, determined, and purposeful individual. Her career spanned retail sales and working in the banking industry. Her favorite hobbies were making floral arrangements and jewelry. She loved being around people in general, especially kids. She loved teaching the kids at church and loved singing in the Mt. Zion choir. Her compassion always drove her to put everyone else before herself. Not only was she a wonderful wife, mother, daughter, and sister to us, but she was also a motherly figure and mentor to young kids in school districts. Some kids would sneak up to her job just to talk to her and get her advice on teenage issues. Her spirit and life force continue to be very powerful and significant; her voice and laugh stood out from the crowd. When she walked into a room her aura and presence just made you smile. Her beautiful smile was contagious! She is precious and pure-hearted. That’s why we call her SWEETIE! We love you so much mom and we will miss you dearly! You are simply the best! Until we meet again! May you rest in peace!

To leave a condolence, you can first sign into Facebook or fill out the below form with your name and email. [fbl_login_button redirect="https://calhounfuneral.com/obituary/shirley-annette-jackson/?modal=light-candle" hide_if_logged="" size="medium" type="login_with" show_face="true"]
×