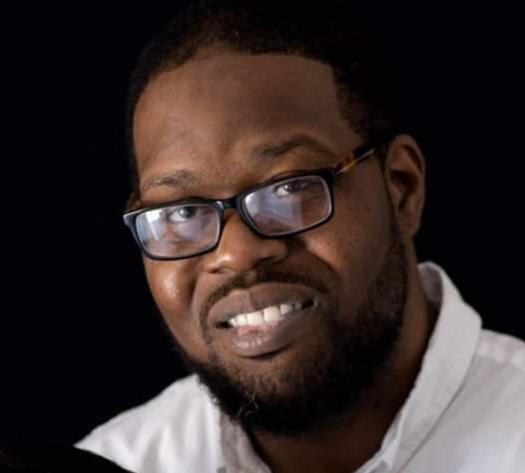 Maestro Willie Howard Harvey, Jr. was born July 7, 1986, in Cleveland, Ohio, he passed away unexpectedly, Sunday, August 21, 2022. Willie, born Antonio Curtis Ellis, was the son of the late DeiAnna R. Ellis and Willie and Pandora Harvey.
Willie, affectionately known as Mean Keys, was a God-taught musician of Northeast Ohio. He blessed many ministries with his precious musical abilities. He was best known for playing the organ; however, God gifted him to play the drums, bass, sing, direct choirs, and teach vocal parts. (He also played around on his wife’s clarinet).
At the age of nine, Willie accepted Christ as his personal Savior. Upon the confession of his faith, it was seen that the Lord had already gifted him musically at Calvary Apostolic Assembly (CCA) under the leadership of the late Bishop Lewis Q. Fitzpatrick. There he started playing the drums and congas and singing in the children’s choir. As he grew, he took an interest in the organ and he began to play for all the various groups and choirs in the ministry.
Willie was thankful for some key people in his life that sowed seeds into him as he grew as an organist. The late Michael Newell was known for his voice and his famous song that he sang at church, “All of My Help”. Brother Dominique ‘Mann’ Jones is one of the drummers at CCA. Jack Spencer often showed up for night services and shared his expertise with Willie. William Smith served as the organist at the Sanctuary of Praise in Twinsburg, OH where his father is the pastor. William showed Willie the basics of playing congregational music and hymns, as well as the major and minor scales and some ear training. Willie only had three (3) lessons on the organ; his last piano lesson was with Robert Crawford. Robert taught Willie the significance of playing the piano with feeling and grace while filling in with the musicianship.
As Willie progressed in the perfecting of his gifts, he was introduced to playing various genres of music. At the age of 19, he joined the cover band, Motor City Gold, where he was introduced to playing Motown and 70s music. He found a love for this type of music. During that time, he met a person of influence, Steve Brown, who sowed into Willie and blessed him with different musical gear and encouraged him to become the best. Steve mentored Willie and showed him how to play in a band. While still on the path to greater there were pastors and various people who were influential to him. In 2006 Willie met Pastor Lee P. Christian, Jr., who took him under his wings. Pastor Christian believed in him. He hired Willie to teach, sing, and play at his church, Apostolic Faith Tabernacle, as he groomed him and trusted him to take the music ministry to the next level.
Willie went on to serve as the Minister of Music at Shaking a Generation/El Bethel Family Worship Center, under the leadership of his close friend and Godbrother, Bishop Timothy D. Bailey. Willie also served at Pentecostal Church of Christ under the leadership of the late Bishop J. Delano Ellis, River of Life Ministries—Bishop Tony L. Williams, Tabernacle of Worship—Prophet Brian G. Timberlake, and he played alongside Brother V. Eric Smith at his home church, Zion Faith Church under the leadership of Bishop David T. Parker.
In addition to serving his home church, Willie also shared and used his musical gifts and anointing as a freelance musician to assist various ministries and artists: Northeast Region Minister of Music for Ohio District Council, Greater Strong Tower Apostolic Church—the late Bishop Albert Robinson, Rhema at the Warehouse—Pastor Anthony T. Parker, Mt. Period Baptist Church—Columbus, OH, True Foundation Apostolic Ministries—Clinton, MD, Greater Mount Calvary COGIC—Pastor Cecil Gamble, Jr., Deliverance Overcoming Church—Pastor Andrae Maze, Burning Bush Church—Pastor Dejuan Kelker, True Church House of Prayer to All Nations, Zion Pentecostal Church of Christ—Bishop C. Wayne Brantley, Kingdom Builders International Ministries—Pastors Greg & Sharina George, The Victory Center—Pastor Donté Thompson, International House of Worship—Pastors Lebron & Simone’ Dean, Lighthouse Christian Center, Oasis Family Worship Center—Pastors Sean & Deborah Holland, Abundant Life Ministries—Pastor Richard Nixon, Benevolent Love Ministries—the late Elder Willie L. Pope, New Life COGIC—Pastor Samuel E. Bullock, Ashford Sanders, Chrystal Rucker, and Quella Porter and countless other ministries and artists. Willie also played at various weddings, funerals, and special events: Living with Purpose—Constance Peek-Longmire, TEDx Balch Street with the AND Band, God Delivered Me Women’s Conference—Evangelist Shequita Strawder-Porter, and many more.
Willie was much more than a musician; he was also a loving husband and father. In June 2014, he met the love of his life, Schanel Leaté Gray. They went on their first date, on July 4, 2014, and were engaged on November 15, 2014. Willie and Schanel were married on June 20, 2015, and to their union was born one son, Solomon Adaiah Josef Harvey. Willie and Schanel were ordained and served in ministry together. They were intentional about laying a solid foundation in Christ for Solomon. Willie also made sure that he took time to cultivate the musical gifts in his son, Solomon. Before he was born, Willie purchased Solomon a Pearl drum set. Willie was a proud husband and father, he made sure that he took care of his family in his way. Much like the Wooster Fireworks display on July 4, 2014, their time together wasn’t long enough.
Willie was preceded in death by his birth mother, DeiAnna R. Ellis. He leaves to cherish his legacy, wife, Schanel Leaté Harvey, son, Solomon Adaiah Josef Harvey, parents, Willie and Pandora Harvey, siblings: Alicia Harvey, Teresa (Arease) Moats, Ashley Harvey, Clarence Ellis, Bryan (Tiffany) Ellis, Ebony (Sierra) Johnson, Michael Matthews, BriAnna Matthews, Lashai (Musa) Abdunnur, Jahie Ellis, and Jessica Ellis, Parents-in-Love, Spencer and Stella Gray, nieces: Azaria Harvey, Sinaya Gray, and Jia Thomas; nephews: Spencer “Trey” Gray III and Jaxson Thomas; close friends, Nate Johnson, Bertram “BJ” Wherry, Jr., Josh Wills; and a host of aunts, uncles, nieces, nephews, cousins, and friends.

To leave a condolence, you can first sign into Facebook or fill out the below form with your name and email. [fbl_login_button redirect="https://calhounfuneral.com/obituary/willie-harvey-jr/?modal=light-candle" hide_if_logged="" size="medium" type="login_with" show_face="true"]
×