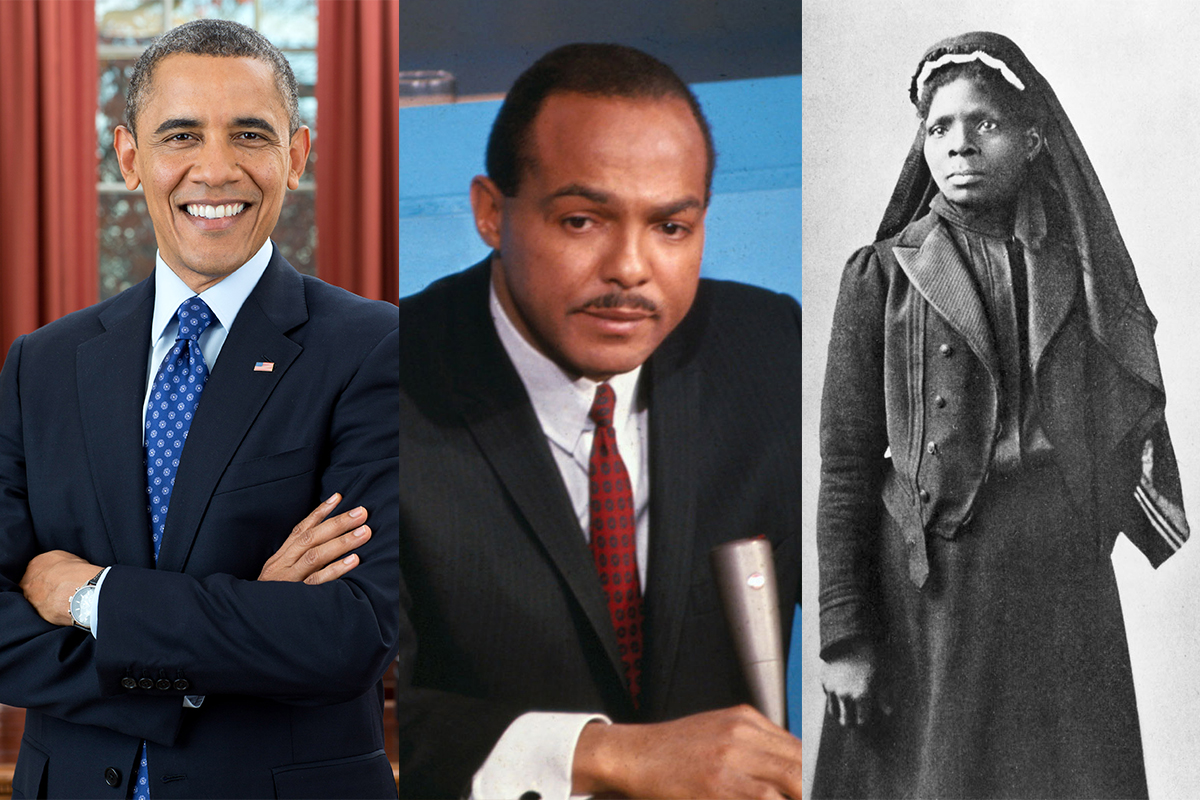 Since 1976, every U.S. president has designated the month of February as Black History Month, honoring the achievements and resilience of the Black community. At Calhoun Funeral Home & Cremation Service, we celebrate Black history year-round, as we are inspired by the countless Black leaders who make an impact on our generation – and generations to come.

One of the Black leaders who impacts our lives every day at Calhoun Funeral Home & Cremation Service is the late William E. Calhoun, who co-founded Stewart & Calhoun Funeral Home & Cremation Service in Akron. Our own funeral home’s founder, Byron Calhoun, gained his passion for the funeral service profession from watching his father, as he learned the importance of providing exceptional service at every point of the funeral planning process.

We see firsthand how leaders are developed as they stand on the shoulders of those who have come before them. Consider how these three history-makers – their intellect, their accomplishments, their courage – have shaped not only today but every day going forward.

Cleveland-born Carl B. Stokes earned a law degree from the Cleveland-Marshall Law School, soon becoming an assistant prosecuting attorney for Cuyahoga County. He went on to serve three terms in the Ohio House of Representatives and was the first African American member of the Democratic Party elected to the Ohio House. In 1967, Stokes was elected mayor of Cleveland, becoming one of the first African Americans to serve as mayor of a major U.S. city.

He later became the first African American television news anchor in New York City. In 1980, he resumed his law career and became the United Auto Workers’ legal counsel in Cleveland. During 1983 and 1984, Stokes served as a Cleveland municipal judge, before President Bill Clinton appointed him to be the United States Ambassador to the Seychelles. Stokes died of cancer on April 3, 1996.

He graduated from Columbia University, before enrolling in Harvard Law School, where he was the first Black person to be president of the Harvard Law Review. Obama went on to become a civil rights attorney and an academic, teaching constitutional law at the University of Chicago Law School. He went on to represent the 13th district in the Illinois Senate, and later won a landslide victory to the Senate.

On February 10, 2007, Obama announced his candidacy for President of the United States, going on to serve two terms before leaving office on January 20, 2017.

Born into slavery in Georgia, Susie King Taylor was secretly taught to read and write, and at age 14, became the first Black teacher to openly educate African Americans in Georgia. After escaping slavery, she joined hundreds of formerly enslaved refugees at Union-occupied St. Simons Island off Georgia’s southern coast.

In 1902, Taylor became the first and only African American woman to write a memoir about her experiences in the Civil War: Reminiscences of My Life in Camp with the 33d United States Colored Troops, Late 1st S.C. Volunteers.

With distinct stories and legacies – exemplifying perseverance through oppression and determination through challenges – there are countless other Black leaders to highlight. Leaders in the Black community, yes. But truly, leaders to all. Men and women who deserve to be celebrated today and every day.