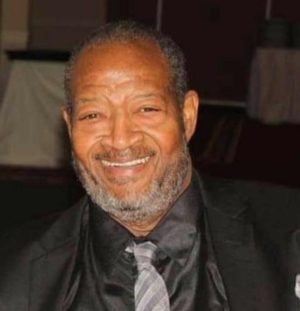 I know my dad would be thrill to see all of you. He would not let the moment go by without telling one finial story. His story!

My dad’s name was Arnold L. Pettis Sr, born and raised in Cleveland, Ohio on February 22, 1954. His parents were Burnes and Virginia Pettis. He was the 9th child of ten. My father has three remaining siblings left to carry on who are Uncle Clifford, Uncle Gregory and Auntie Stephanie Pettis. Auntie Stephanie would always make my dad blush by telling him he was the best in the world he would always make sure he added he was the cuties out of all their siblings.

My dad lived a full life. You had to be around him, talk to him and hear one of his life stories to really understand what I mean. My father was a comedian, the world’s best cook for our family, gardener, handyman, storyteller, teacher, protector, daddy, grandfather, and husband.

My dad was a welder for The Cleveland Track Material for many of years. In the summer of 1986, he met and fell in love with my mom. From their union he gained a son James Melvin Morgan, daughter in love Ruth Morgan and three grandchildren Jamel Malik Ivory Morgan, Janya Ashanti Morgan and Jarrell John Morgan. God’s blessing did not stop there, in the spring of 1989 my mother and father had me Tiffany Nicole Pettis and one four legged grand-dog Lady.

My dad found his way to Christ shortly after a near death experience. It was then he made a vowel to God that if he gets him out of his sick bed that he would committee his life to the Lord, that just what he did. He became an ordained Deacon under the leadership of Bishop Robert Dickerson, and the covering of Bishop J.D. Ellis II of Pentecostal Church of Christ. He serves as a Deacon here at Faith Temple Church of God under the leadership of Bishop John Hilton Sr where he started his ministry with the junior vanguard teaching the younger men on how to be junior deacons.  My dad took his assignment as a Deacon seriously and loved fellowshipping with God’s people. “Especially the mothers of the church Mother Corley, Mother Whitthorn and Mother Viola. “

My father will truly be missed for all of the wonderful things he has done and in all the lives he has impacted. This world has lost a true gem but Heavenly has gained a strong warrior. So, wipe your tears and rejoice with us for my father has earned his Crowned. He will be joining his four sisters Cheryl, Carlin, Virginia, Lorna, two brothers Kevin, Boris, my brother Chad Maurice Pettis

To leave a condolence, you can first sign into Facebook or fill out the below form with your name and email. [fbl_login_button redirect="https://calhounfuneral.com/obituary/arnold-pettis-sr/?modal=light-candle" hide_if_logged="" size="medium" type="login_with" show_face="true"]
×