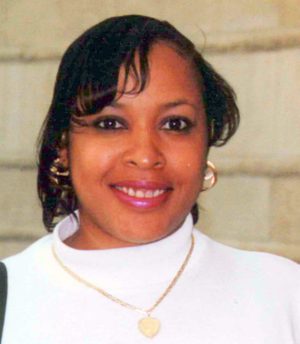 No Prior Day Visitation –

The Family will hold a small Grave Side Service to Honor Dawn.

The color Maroon was Dawn’s favorite color. If you have maroon attire please wear that color if not it will still be nice to see you Respectfully Submitted, The Smith Family.

Dawn M. Smith got her wings and went to be with her mother and other loved ones.

Dawn “Ann” Melinda Smith was born on October 7, 1965. She was the third child of Ruby Ann Smith and the fourth child of Wilbert Leon Smith’s six children.

Dawn began her education career with the Warrensville Heights School System. She graduated with her high school diploma and went on to be an Alumnus of the historical black college Central State University the “Marching Marauders”. There her nick name was “Chi-Chi”. She received her Bachelors in Computer Science.

After graduating, Dawn obtained employment with Lubrizol Corporation where she worked and continued to develop her computer skills. Seeking to advance her skills with the new and upcoming computer age, Dawn then worked at Blue Cross Blue Shield where she helped develop and install new computer systems the would help them keep up with the fast developing computer age. Dawn worked there until she became ill and could no longer work.

While working at Blue Cross and Blue Shield, Dawn reunited with her high school crush William Tyrone Harris. They dated and later eloped and was married on the shores of Bermuda. Dawn and William loved each other dearly however, after 7 years they divorced. Dawn and William remained close friends until the day of William’s death.
Dawn was introduced to Christ at an early age where she was baptized into the Catholic Faith. Dawn received six of the seven sacraments at St. Henry’s Catholic Church.

Dawn will always be known for her silly, loving, giving, creative spirit. She loved her family and “dog-ther” most of all.
Dawn received her wings on November 1, 2022. Preceding her in death was Ruby Ann Smith, beloved brother Albert “Big Al” Little and father, Wilbert Leon Smith.
Mourning her lost are her siblings, Deannie, Audrey, Dana, Denise, and Eric. Paternal aunt, Leatrice “Aunt Tiny” Alexander, niece Jazsmine Walker, great nieces’ Cheyenne and Shanai, great nephew, Shaun and a host other cousins, relatives, and friends.
Love you Chi-Chi gone but never forgotten.

And he will wipe out ever tear from their eyes, and death will be no more, neither will morning nor outcry nor pain be anymore. The former things have passed away. Revelations: 21:4

To leave a condolence, you can first sign into Facebook or fill out the below form with your name and email. [fbl_login_button redirect="https://calhounfuneral.com/obituary/dawn-m-smith/?modal=light-candle" hide_if_logged="" size="medium" type="login_with" show_face="true"]
×

No Prior Day Visitation –

The Family will hold a small Grave Side Service to Honor Dawn.

The color Maroon was Dawn’s favorite color. If you have maroon attire please wear that color if not it will still be nice to see you Respectfully Submitted, The Smith Family.