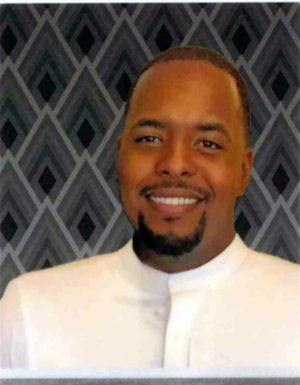 Erick Walker was born in Cleveland Ohio on March 21, 1990, to Mary Nolan and Michael Walker. He was the second oldest of the three. Erick attended Cleveland Public Schools. While attending South High, Erick and his older brother, Michael were unable to attend school due to their mother becoming ill. Erick and his brother decided to join the workforce to provide for their mother and younger brother.
Erick started working at the age of 16 with his uncles and grandfather reconstructing houses. At the age of 18, he began working at the local Home Depot. He was employed until there until 2011.
Erick received a job offer from the Pepsi Cola company, in Twinsburg, Ohio as a forklift operator, and line worker. He was employed there until his passing.
Erick loved spending time with his daughter and family. He loved going to the Browns football games and relaxing at home on his off days.
To have known Erick was to love him, for sure! He was the true definition of a “Good Dude”!
Erick departed his life on Wednesday, September 14, 2022. He leaves to mourn and cherish his life memories to his loving mother Mary Nolan and father Michael Walker, beautiful daughter Summer Walker (Jenna Summer’s mother), Grandmother Ruthie Nolan, grandfathers, Uleslie Surles and Will Johnson, five brothers Michael, Siaire, Mikon, Miquel, and Brandon one sister, Myesha, along with a host of other relatives and friends.

To leave a condolence, you can first sign into Facebook or fill out the below form with your name and email. [fbl_login_button redirect="https://calhounfuneral.com/obituary/erick-walker/?modal=light-candle" hide_if_logged="" size="medium" type="login_with" show_face="true"]
×