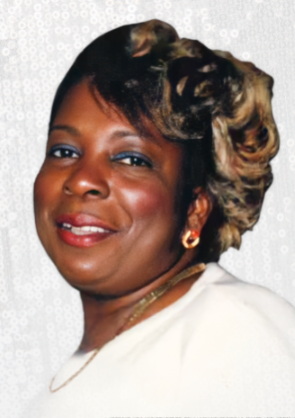 Gloria Marie (Pittman) Bethune was born September 22, 1941, to Sammy Wilson and Lottie Bell Wheeler in Barberton, Ohio. However, Gloria was raised by her aunt, Arcie Sperling. Glo, as she was affectionately called, was educated in the Barberton public school system, and graduated from Barberton High School.
After high school, Gloria married Billy Pittman and to this union, four children were born. Later, she united with McArthur Bethune and to this union, a daughter was born.
Gloria had a vast work history including Terex GM, various title companies, medical records clerk, and lastly First Energy Corporation.
Everyone that knew Glo, knew that she loved the Lord. She was a faithful member of United Baptist Church. She was active in the church community working in various departments, including but not limited to serving on the repast ministry and courtesy board.
Glo loved life and people, especially her children, grandchildren, and great-grandchildren. In her free time, she enjoyed shopping, traveling, and playing bingo. On Saturday, September 24, 2022, our angel, Gloria Marie (Pittman) Bethune transitioned to her heavenly home.
She was preceded in death by her grandson, Anthony; son, Michael; mother, Lottie Bell; brother, Kenny; spouses, Billy Pittman, and McArthur Bethune; and dear cousin, Barbara Wheeler.
Left to cherish her memory and continue her legacy, her children, Maurice (Diane), Valerie, Bruce (Sabrina), Sonya (A.C.), Sherice, Trina, and Corey; sister, Diane F.; brothers, Jerome (Linda), Dan, Rick, and Robert; grandchildren, Arielle, Marquetta, April, Chemika, Antonio, Bruce, Sonya, Thirajn, Chris, Perry, Josephine, Denadra, Denisha, Josephine B., and Jazashire; 19 great-grandchildren; special friends, Aaron Ray, Sheila Holmes, Cathy Shew, Sandy Greer, and Mary Owens; as well as a host of other friends and relatives.

To leave a condolence, you can first sign into Facebook or fill out the below form with your name and email. [fbl_login_button redirect="https://calhounfuneral.com/obituary/gloria-marie-bethune/?modal=light-candle" hide_if_logged="" size="medium" type="login_with" show_face="true"]
×