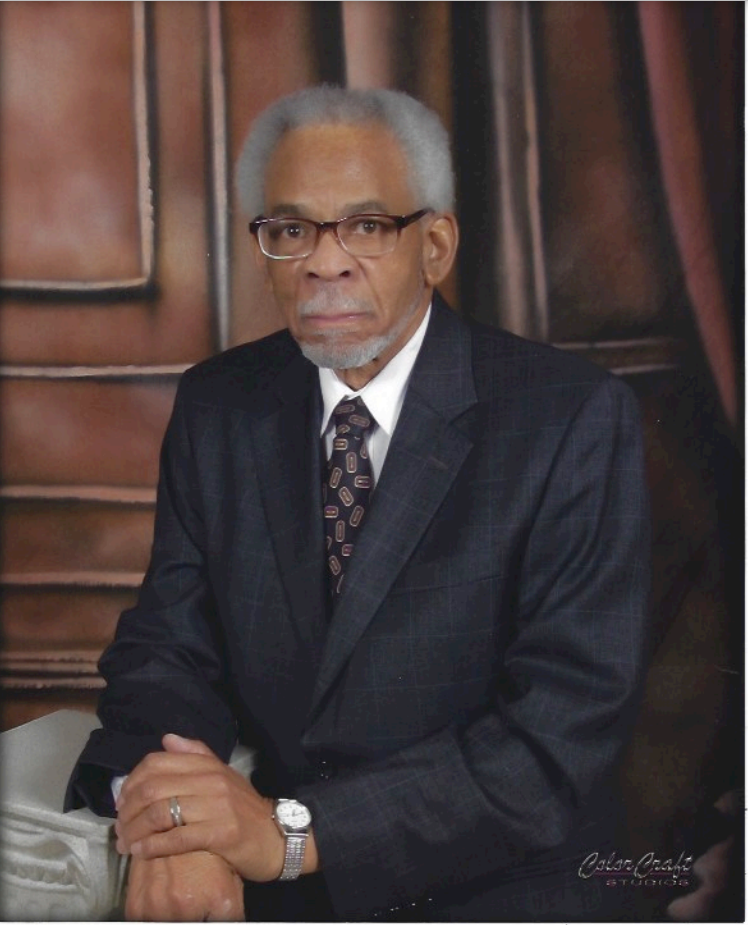 This is in celebration of Jack Donald Reese, after a life filled with hard work and dedication to his family, career and friends.  He was born to Mozart, Sr. and Nora Kate Reese on October 8, 1936 in Columbus, GA.  Jack’s homegoing was on Easter Sunday, April 17, 2022 in Warrensville Hts., OH.

Childhood.  Even at a young age, Jack illustrated a strong work ethic by helping his mother prepare meals for himself and his siblings: Peggy, Billie June (deceased), Mozart, Jr. (deceased), Mozelle (deceased), Gordon, Allen, Nora Suzette, Faye, Thurston, Vivian, Vincent, Walter, Milo, and Rodger.  Also, as a young boy, Jack and his brothers learned how to paint, under the tutelage of his father, Mozart.  Thus, two major paths were introduced to him that would guide his career choices throughout his life.

Education.  Jack attended grade and middle school in Columbus, GA, where he met his future wife, Bessie Beach, when they were 11 and 13 years old.  He graduated from Spencer High School in 1954, where he and Bessie made lifelong friends.  He then attended Tuskegee University, where he majored in Commercial Dietetics.

Career, Affiliations and Special Interests.  Jack began his career with an internship with Mills Restaurant.  He later worked for Cleveland Clinic in the Dietary Department.  He also worked for Park East Apartments, first as a contractor to paint and renovate the units; then, as the manager of the apartment complex.  He continued to manage units to some degree throughout the rest of his life.  Jack also ventured into his own businesses; such as, his own painting business and pizza shop.  Eventually, he began to work for Cleveland Metropolitan Housing Authority; for which, he worked in the capacity of a painter and union steward.  He retired from the painting and renovation business after more than 50 years of service.

In 1971, Jack and Bessie began attending Holy Trinity Baptist Church, where they continued to make lifelong friends, and to serve and honor the church.  Jack served as an usher, Co-chairman of the Culinary Committee Mission, a member of the men’s choir, and assisted in the maintenance of the church.

Jack also liked to dance, play cards, start deep discussions on any topic, and to reminisce with his friends.

Marriage and Family.  Jack and Bessie married in a church ceremony that included their family and friends in 1957 in Columbus, GA.  They moved to Cleveland, OH and started a family, which has continued to grow to the myriad that it is today:  His 3 children (Donna, Gari and Darryl); 5 grandchildren (Henry Scott, Nicole, Ericka, Darrys and Sterling); and 4 great grandchildren (Nyah, Henry Jack, Harold and T.J.).

All in all, Jack worked professionally and personally to fulfill the duties of a husband, father, brother and friend with great dedication and effort.  He and his wife, Bessie, were constant beacons of support for their family, friends and others who were fortunate enough to feel their hospitality and generosity.  Jack will be remembered with appreciation for his time and effort; and most of all, with gratitude that he was a believer.  The bible states that “…God is love (I John 4:8),” and that Jesus is the resurrection and the life: he that believeth in …(Him), though he were dead, yet shall he live (John 11:25).  Therefore, Jack, rest in peace, and in everlasting love and in everlasting life.

To leave a condolence, you can first sign into Facebook or fill out the below form with your name and email. [fbl_login_button redirect="https://calhounfuneral.com/obituary/jack-d-reese/?modal=light-candle" hide_if_logged="" size="medium" type="login_with" show_face="true"]
×