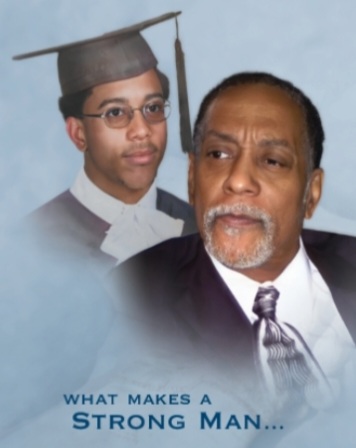 Joseph Clay Dunn Jr. (Joey) was born on January 12, 1953 in Cleveland, Ohio. He was the oldest of 4 children born to Joseph & Betty Dunn Sr. Growing up he was described by his father as a great son who helped out tremendously with his younger siblings.
Joseph was educated in the California and Ohio school systems; eventually graduating from Glenville High School where he was Senior Class President, and Salutatorian. Joseph went on to earn two Bachelor Degrees from Ohio Wesleyan University. In 1985 he enlisted in the United States Army.
Joseph was very family oriented, and spent a lot of time working in the family store. He fell in love with Christ early in life and was dedicated to spreading the Word. He was a deacon and also a sunday school teacher at Christ Star Missionary Baptist Church. Intelligent, athletic, charming, charismatic, and a ladies man are just a few words that describe him. On December 10, 1995 he married Kim Bell whom he shared many years of his life with.
Despite his declining health Joseph remained a man of great character, and positivity. If asked he’d tell you his father was his best friend and his children were his greatest accomplishments. Spending time with them seeing a movie, reading, or going to a buffet was what he enjoyed most. He often proclaimed how blessed he was to have 10 children: Shalonda, Dilon, Joi, Kristen, Porsche, Ashley, Joseph, Niobi, Michael and Rozalyn; 26 grandchildren and 2 great grandchildren. They are among those who will continue to cherish his legacy, along with his father, 6 sisters; LoJuanah, Eryka, Victoria, Marietta, Cassandra, Carol, his only brother Tyrone (Gloria), & a host of relatives and friends. Joseph was preceded in eternal life by his mother and 2 grandchildren.
Expressed through and from all of us, you taught us everything but how to live without you. Although death has left a heartache no one can heal, your love has left memories no one can steal.

To leave a condolence, you can first sign into Facebook or fill out the below form with your name and email. [fbl_login_button redirect="https://calhounfuneral.com/obituary/joseph-clay-dunn-jr/?modal=light-candle" hide_if_logged="" size="medium" type="login_with" show_face="true"]
×