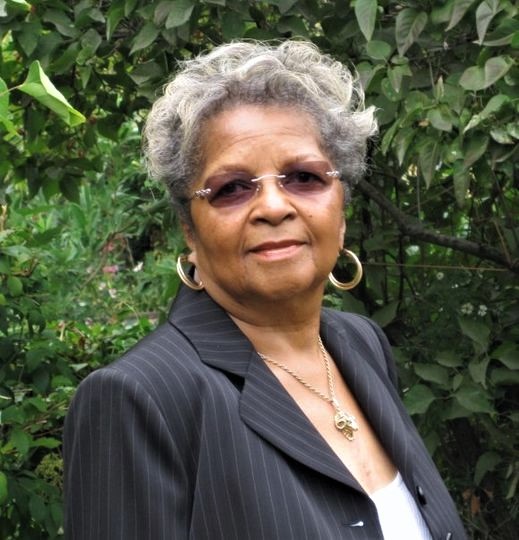 LaVenia L. Carter was born April 10, 1927, in Cleveland, Ohio, to the late John H. and Jessie May (Heath) Robinson. LaVenia was one of four children. Dorothy (deceased), John H. Jr. (deceased), and Carlos (deceased). LaVenia was affectionately called “La La” by her closest friends. LaVenia was a graduate of Central High School, where she excelled in her studies. At Central High, she met her husband of 68 years, John Carter. They were married in 1947 at Emmanuel Baptist Church in Cleveland, Ohio. LaVenia was blessed with three children, Dyeatra, John D., and Kevin.

LaVenia grew up in the Fairfax Neighborhood (Golden and Amos Avenue), where she and her mother were active members of Emmanuel Baptist Church. Lavenia’s parents, John H., and Jessie M. Robinson owned and operated a pest control company, J.H. Robinson Exterminating Company starting in 1937, at 2138 East 83rd Street. LaVenia and her mom would walk from their house on Amos Avenue to the store, where she would help her mom bottle and label their product and wait on customers. After graduating from Central High School, she worked as a Clerk at the Federal building until the birth of her first child. In 1954 she began working for the Cleveland Board of Education at Wilson Junior High School and Thomas Edison as an Office Clerk. She later went to East Tech High School as a Principal Clerk until her retirement. Mr. Robinson taught and mentored John, who successfully passed the journeyman and master licensing in pest control. Upon the passing of Lavenia’s father and her mother’s retirement, LaVenia and John assumed the management and operation of the pest control business. In 1973 with the help of Dyeatra and Joseph Elkins, a dear friend, they incorporated the pest control business in 1975. The business continues as John Carter Exterminating Company and is operated by her son, John D. Carter Jr., President, and CEO, and Dyeatra Williams, Office Manager.

LaVenia loved to travel with her husband, children, and friends to such places as England, France, Switzerland, Spain, and the Islands. She was noted for her fashion and style. She was loving, self-sacrificing, and astute. If she could help her children and their children, no task was too little or big. She consistently supported them.

Both LaVenia and John placed a high value on education, and through their efforts, each of their children Dyeatra, John D. Jr., and Kevin, have attended and graduated from college. Through this legacy, their grandchildren, Micah N. Parker (MA in Arts and Education), Kristen (MD and Ph.D. in Medicine and Science), Kelynn (BA and JD in Law), and McKenzie (MSC in Science and Communications) have continued to excel as well.  An Educational Scholarship has been established in the name of LaVenia L. Carter through the SOS: Strengthening Our Students Organization.

To leave a condolence, you can first sign into Facebook or fill out the below form with your name and email. [fbl_login_button redirect="https://calhounfuneral.com/obituary/lavenia-carter/?modal=light-candle" hide_if_logged="" size="medium" type="login_with" show_face="true"]
×