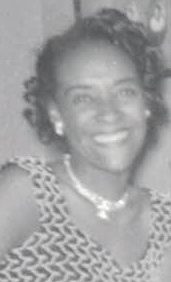 Leola Goldsmith Crosby was born on May 24th, 1921, to William and Rosalee (Casey) Goldsmith in Calhoun, Alabama.  In 1922, William was recruited by Goodyear Tire & Rubber Company to work in their factory in Akron, Ohio. A short time later, Rosalee and baby Leola joined William in Akron. They were one of the few African American families in East Akron at the time. When recalling her childhood growing up during The Depression, Leola would often say that they didn’t know they were poor because everyone had the same thing as everyone else. They didn’t have much, but they had what they needed and there was plenty of love.

Leola graduated from East High School in 1940 and enrolled in Irma Lee’s Beauty School in Cleveland.  After graduating in 1941, she began teaching classes at the school.  She later worked as a beautician until she married.  After her children were of age, Leola worked locally as a fashion model, and eventually
began her career with the State of Ohio as a social worker for Aid for the Aged.  She later began working for the Summit County Department of Job and Family Services, where she remained until she retired in 1982.

Strong in her faith, Leola was a long-time member of Mount Olive Baptist Church, where she taught her first Sunday School class when she was eight years old. After moving to Charlotte, North Carolina, she joined Friendship Missionary Baptist Church where she served on the Senior Council and the Care Team. While her official duties included correspondence, delivering for Meals on Wheels, and visiting the sick and shut in, Leola could be counted on to help wherever she was needed. In the early 2000’s she relocated to Austin, Texas, and soon became a member of Greater Mount Zion Baptist Church where she was active in the Senior’s Ministry and the Women’s Ministry. During her time at GMZ she became a beloved figure and adoptive grandmother to many of the members.

A self-described “people person,” Leola never met a stranger. Be it a delightful story, an amusing joke, an encouraging word, or her infectious smile, she left a lasting impression on those she encountered. She was an inspiration; living a long, full, and fruitful life, and leaving a legacy of love and wisdom for all who were blessed to have known her.

To leave a condolence, you can first sign into Facebook or fill out the below form with your name and email. [fbl_login_button redirect="https://calhounfuneral.com/obituary/leola-g-crosby/?modal=light-candle" hide_if_logged="" size="medium" type="login_with" show_face="true"]
×