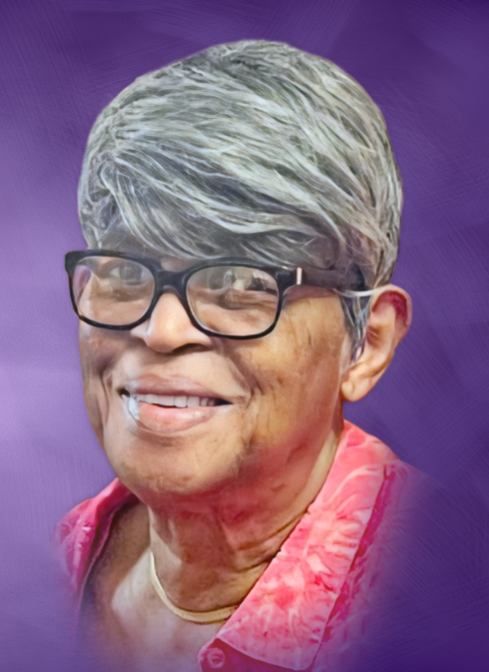 Mary Louise Griffin, affectionately known as Lou, was born in Columbus, Mississippi, on March 1, 1937, to Robert and Searcy Hinton.
Louise married William D. Griffin in Akron, Ohio, where she moved to start a family. Together, they raised seven children along with their loving dog, Tiny.
Lou was a devoted housewife who enjoyed good food and cooking for her family and friends. There was no day she didn’t cook; breakfast would be waiting for you soon as you came downstairs, and it was always made with love. She was best known for her fried chicken and if you came to her home, she would feed you. Lou never turned a soul away, she welcomed everyone. Lou also loved flowers and working in her garden, she was awarded by the City of Akron numerous times for having the best yard on the street. She would always say, “Give me my flowers now so I can enjoy them.”
Lou was a beautiful jazzy lady who took pride in always looking her best, in her downtime enjoyed sewing and catalog shopping she loved a good pair of shoes. Lou had the biggest brightest smile that will be remembered and missed by all who loved her dearly.
She is preceded in death by her husband, William D. Griffin, Sr.; her parents, Robert and Searcy Hinton; son, Ricky Griffin; sisters, Rose, Cleo (Bert), and Betty Ann; grandchildren, John Thomas Griffin, and Katrina Hill.
Lou leaves to cherish her loving memory, her daughter, Linda Griffin; sons, Carl Hill, William Griffin, Jr., Melvin Griffin, Larry Griffin, and Greg Griffin; sister, Irma Jean ( Burt) Jones; grandchildren, Treva Griffin, Tramonte Stroud, Karla Hill, Karicia Hill, Ka’tia Hill, Ka’tacia Hill, Harley Bragg, Shana Griffin, Star Griffin, Jamal Griffin, Niki Little, Quiana Griffin, Gregory Griffin, Jr., Candace Cook, Chris’styll (Paige) Johnstone, and Diamond Varner – who she called her twin; bonus granddaughters, Lanesheia Hatter, and Kellie Graham; as well as a host of great-grandchildren, nieces, nephews, family, and friends.

To leave a condolence, you can first sign into Facebook or fill out the below form with your name and email. [fbl_login_button redirect="https://calhounfuneral.com/obituary/mary-l-griffin/?modal=light-candle" hide_if_logged="" size="medium" type="login_with" show_face="true"]
×