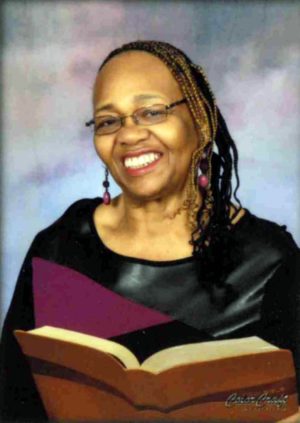 “We are confident, I say, and willing rather to be absent from the body and to be present with the Lord.”

Mary was born on November 23, 1933, the second eldest child of James V. and Dolletha J. Daniels in New Bern, North Carolina. Baptized at an early age in North Carolina, she was married early in life and had three children: Sheila Cole, Kenneth Price (Karen), and Bernadette Price.
In 1974, she married Kenneth S. Robinson Sr., becoming a stepmother to Kenneth S. Robinson Jr. (Lori) and LaTonya Mosley (Joseph).
Mary was a member of St. Andrews Episcopal Church for 20 years. She then joined Zion Chapel Missionary Church in 1995. She was a faithful member and enjoyed going to the early morning service where she often welcomed new members to the church.
Mary was an avid bowler but in later years had to “slow her roll”. Traveling and visiting casinos became her new past-time with friends, Thelma Wright, and Mozelle Smith.
Mary completed her education and graduated from John Hay Extension High School in 1967. She worked for Herold Greeting for 13 years and the City of Cleveland/Division of Safety for 27 years, where she retired in 1993.
On Tuesday, September 27, 2022, at 12:45 pm at Cleveland Clinic, Mary Louise Daniels Robinson, loving wife, and mother, passed away at the age of 88.
Mary leaves to cherish her loving memory, her husband of 48 years, Kenneth S. Robinson Sr. two brothers, three sisters, two sisters-in-law, two brothers-in-law, and five children: Sheila Cole, Kenneth Price, Bernadette Price, Kenneth Robinson, Jr., and Latonya R. Mosley; ten grandchildren (one of which preceded her in death), and eight great-grandchildren, along with a host of other “family” and friends.

To leave a condolence, you can first sign into Facebook or fill out the below form with your name and email. [fbl_login_button redirect="https://calhounfuneral.com/obituary/mary-louise-robinson/?modal=light-candle" hide_if_logged="" size="medium" type="login_with" show_face="true"]
×