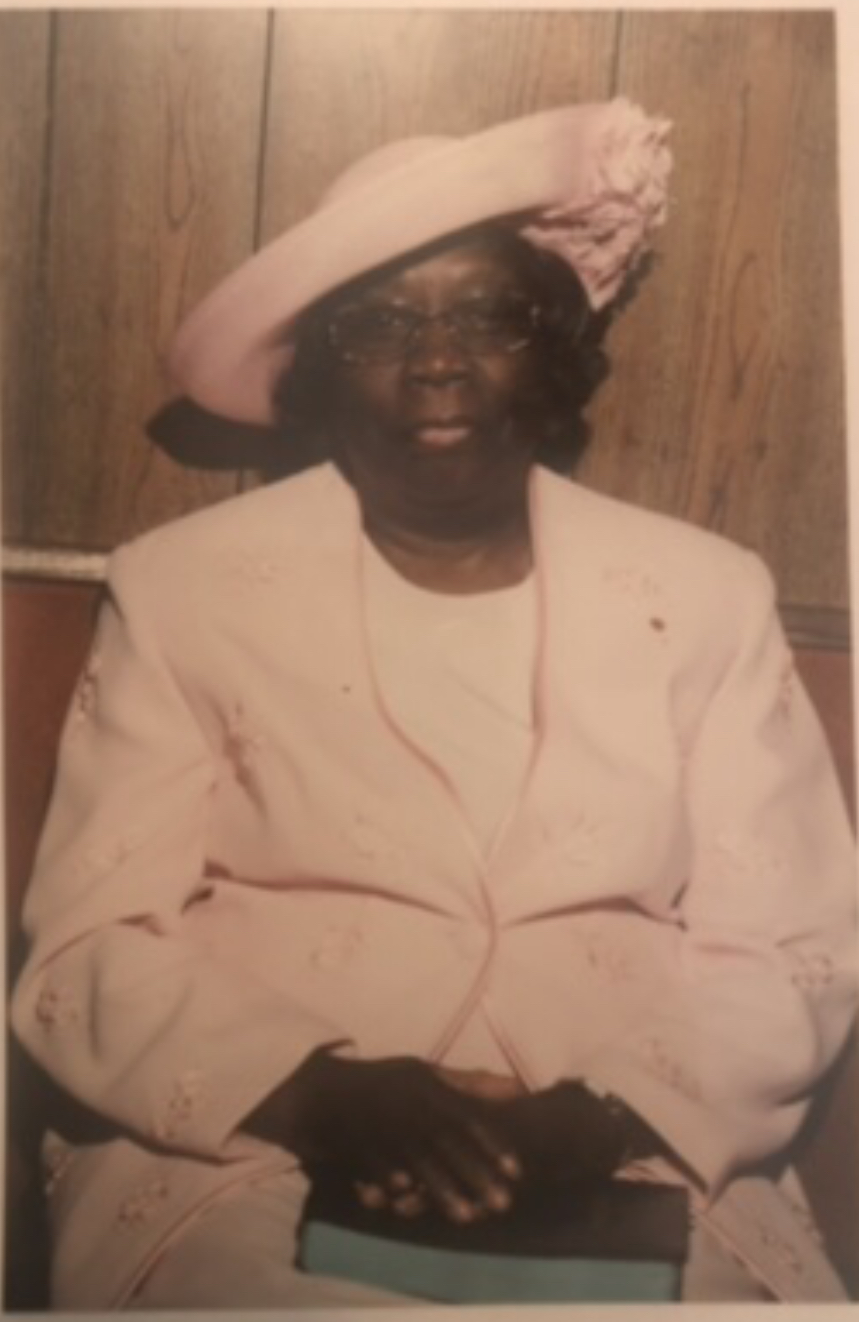 Odell Joiner was born on June 4, 1935 in Butler, Georgia as the second oldest child of the late Jesse Joiner and the late Lilly Mae Hayes.

She grew up in the Deep South where she and her family worked as sharecroppers. It was there she met Willie H. Montfort whom she later married. From this union were born 4 children, Maebelle (Deceased), Andrew (Deceased) Gary and Marilyn. After the birth of their first daughter, the family moved to Cleveland and Odell began attending Hartsville Primitive Baptist Church. She served there faithfully for many years as choir director and Sunday school teacher. Later in 1972, she joined Christ Temple Apostolic Church where she was baptized in Jesus name serving as a cook and a member of the building fund.

In February of 1993, Odell heeded the call to full-time ministry and opened Bibleway Church of Deliverance on 7010 Hough Ave. She served there faithfully until 2003 when she stopped pastoring, but continued to preach and serve in other ministries, including Jesus Christ Apostolic, Greater United Glorious Church and House of Refuge. Shortly before her passing, she joined the Cathedral Worship Center and was eager to begin serving there.

In addition to being a dedicated Pastor, she was a loving mother who consistently prayed for her family and many others in need. She often took time to visit the sick and shut-in or drop off food/clothes to fellow church members or their families. She also worked alongside her daughter Marilyn in her women’s ministry praying, cooking, and serving food to those in need. Odell loved tending her flowers, making her yard the most beautiful on her street and bragging on how wonderful it looked.  She was known for her delicious food (soup, oxtails, tomatoes & rice, cabbage, peach cobbler to name a few) and penchant for wearing fancy suits complete with matching hat, purse, and shoes.

Throughout her entire life, she held an unwavering faith in God, which she shared with those who surrounded her. She trusted God completely and was a great example of a woman that lived to please God and there’s no doubt her legacy followed her to heaven.

To leave a condolence, you can first sign into Facebook or fill out the below form with your name and email. [fbl_login_button redirect="https://calhounfuneral.com/obituary/pastor-odell-drake/?modal=light-candle" hide_if_logged="" size="medium" type="login_with" show_face="true"]
×