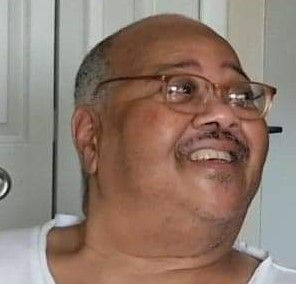 Robert Woodson Jr. was born on April 26, 1955 in Cleveland, Ohio.
He was affectionately known all his life as Bobby. Bobby was the
youngest child and only boy born to Robert Sr. And Gilda Woodson
and was doted on by his parents and sisters.

From a little boy, food was always his first love. He eagerly learned
from his mother and entered into his lifetime career of cooking and
baking at 18 years old. His first job was at Max’s Restaurant. After
leaving there, he continued to hone his culinary skills, working at
several restaurants eventually operating two restaurants of his
own.

His career culminated at the Cuyahoga County Jail where he worked
until back problems forced him into an early retirement.
Bobby took his retirement in stride, using his spare time to embrace
his inner sports fanatic. Saturday, Sunday, and Monday nights were
all spent with remote in hand, cheering on his home teams.

Of special note, and most important, Bobby have his life to Jesus
Christ in November, 2020.

In his final years Bobby battled with numerous health problems,
never losing his smile or sense of humor up until he was called
home to God on March 24, 2021.

Bobby was preceded in death by his parents, Robert Sr and Gilda
and older sister, who died at birth. He is survived by his aunt, Alma
Williams of University Heights, Ohio, sisters Sharon (Charles)
Davis of Richmond Heights, Ohio, and Patricia Woodson of Shaker
Heights, Ohio, uncle Frank Woodson of Nashville, Tennessee, and a
whole host of nieces, nephews, cousins, and friends who loved him
dearly.

To leave a condolence, you can first sign into Facebook or fill out the below form with your name and email. [fbl_login_button redirect="https://calhounfuneral.com/obituary/robert-woodson-jr/?modal=light-candle" hide_if_logged="" size="medium" type="login_with" show_face="true"]
×