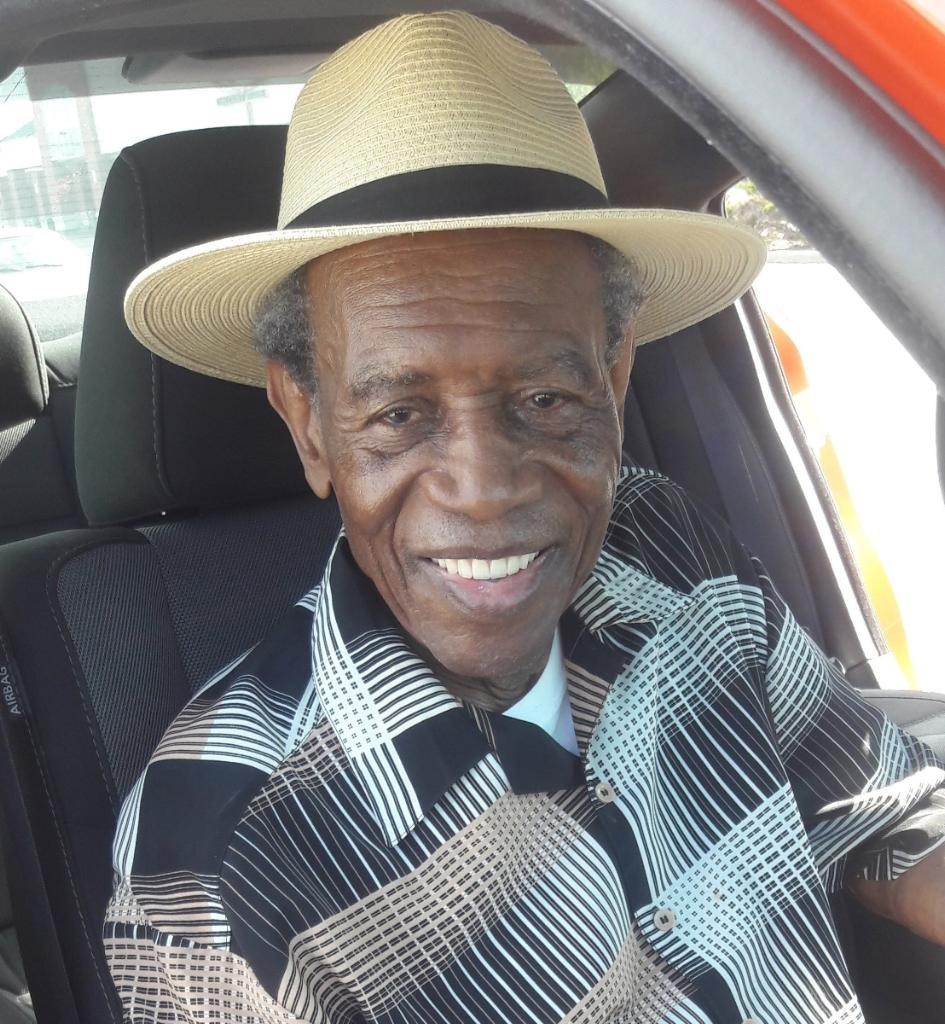 S.B. passed peacefully from this life the morning of April 15th at the age of 90 after a gradual decline in health. He was surrounded and supported by his family during the last days of his life. S.B. was born in a small town in Roba, Alabama on April 7, 1932, to the late Luvenia and Will Swanson. Despite the pain, S.B. came out a hero and stayed strong until the end. He was a fighter and will be missed.

S.B. moved to Cleveland in 1954 and worked in various jobs including the Chevy plant as a driver, Aluminum Smelting & Refining Company on Dunham Road in Maple Heights, Ohio and New York Central Railroad.

S.B. enjoyed many hobbies including making homemade wine from picking and crushing the grapes to bottling the wine for his friends. He was a lover of beautiful fast cars, listening to music and wearing nice clothes. S.B. lived life to the fullest because he understood that each moment of life is precious and that once it is gone, you cannot take it back.

S.B. Swanson and Christine McKinney, who preceded him in death, together were blessed with nine children. To cherish his memory he leaves six sons, Larry Smith (deceased), S.T. Swanson (Dorenda), Willie Swanson, Michael Swanson, Timothy Swanson and Kenneth Swanson (Ricka); daughters, Catherine Payton (Roscoe-deceased), Geraldine Swanson and Lynette Swanson (deceased); 22 grandchildren and a host of great-grandchildren, nieces and nephews whom he loved dearly. He also leaves to cherish his loving memories, two daughters Diane King and Mary Jamerson, sisters Arlene Thomas, Katherine Showers (Agee-deceased), Lillie Randolph. His sisters Annie Porter, Mamie Martin, Leethel Swanson and one brother, Leroy Swanson, all preceded him in death. In addition to other relatives and many, many dear friends, he leaves behind his long-time companion, Louise Sloan.

To leave a condolence, you can first sign into Facebook or fill out the below form with your name and email. [fbl_login_button redirect="https://calhounfuneral.com/obituary/sb-swanson/?modal=light-candle" hide_if_logged="" size="medium" type="login_with" show_face="true"]
×