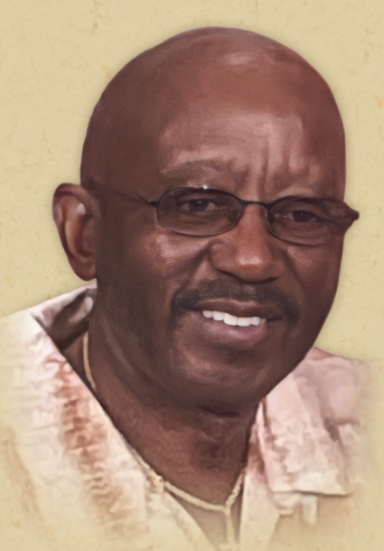 Walter Coleman, affectionately known as Sonny Man, was born on April 22, 1939, to Nat and Eleanor Coleman in Faunsdale, Alabama. He was the youngest of seven children. Walter accepted Christ as his Lord and Savior at a young age and attended Zion Baptist Church in Faunsdale.
Shortly after graduating from Greensboro High School, Walter moved to Cleveland, Ohio, where he worked many jobs, days and nights. He eventually reconnected and married the love of his life, beautiful Hattie Coleman. The two were married for almost 55 years to this union, two children were born: Anthony and Angela.
Walter had a passion for automobiles and was notoriously known for having a clean ride. So, it was no surprise that when General Motors called offering him a job, he gladly took it. He was a very hard worker and dedicated 33 years to the company until his retirement.
Walter was a sports fanatic; he’d often brag about how he played, especially being an Indian season ticket holder for years! He had excellent style in suits and gator shoes, always with a hat to match – the man stayed sharp. He also believed in spoiling his wife and children, they never went without. Standing 6’1”, he had a smile that lit up the room, Sonny Man was the perfect nickname for him. Even in his illness, he never complained nor let it get him down.
In his free time, Walter loved to be surrounded by his family. He was a natural host and set out to provide the best for his guests, whether it was a party or just a game at his home. Walter had a heart of gold and was a natural giver, never failing to extend himself to ensure that his family and friends were in a good position. This man made a difference in every person he encountered; his kind, gracious, loving, and forgiving soul will be missed forever.
Walter was preceded in death by his parents, Nat and Eleanor Coleman; sisters, Sadie, Melissa, and Rosa; brothers, Frank, and Nelson.
Left to cherish his memory and carry his legacy: his loving wife of almost 55 years, Hattie; son, Anthony; daughter, Angela; grandchildren, Keisha, Terrance, Jos’e, and Anthony; 16 great-grandchildren; brother, Nate; as well as a host of many special nieces, nephews, cousins, and friends.

To leave a condolence, you can first sign into Facebook or fill out the below form with your name and email. [fbl_login_button redirect="https://calhounfuneral.com/obituary/walter-coleman/?modal=light-candle" hide_if_logged="" size="medium" type="login_with" show_face="true"]
×