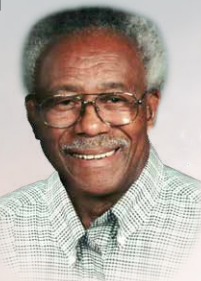 Mr. William T. Crawford was born in 1931 to Toiles and Sahara Crawford of Houston, Mississippi.  William “T” was the oldest of eleven children: six boys and five girls. William T, George Wesley, Ruth, Ada, Willie “Jim”, Otis, Maggie Christine, Toiles C, Dell, Frances, and Carl.  Growing up on the farm was a exciting time for them because they were always taught to make the best out of whatever you had, your relationship with God and your family means everything.

William was educated in the Houston, MS (Chickasaw County) school system. After graduating from high school. William met Anne Lee Harris. In 1953 they married and began a wonderful union that blessed them with three children William C. Jr., Gary, and Stephanie Crawford.

William enlisted in the United States Army Core of Engineers and Infantry. He finished his first four years in the army and relocated to Akron, Ohio where he found work in the Akron-Medina area. But he soon decided to re-enlist back to the military where he made a career. William was honorably discharged in 1977 at Fort Benning in Columbus, Georgia after 32 years active duty.

After retiring from the military and still a young man he went on to work for O’Neil’s-Kaufmann department store in Downtown Akron and Pinkerton Security Service in Barberton, Ohio where he enjoyed working several more years before retiring.

He enjoyed traveling to family reunions and spending time with his brothers and sisters, telling their funny stories and reflecting on the early years growing up in the country.  He enjoyed gospel music and loved seeing his brother’s group “The Spirit of Springfield” and longtime childhood friends growing up “The Pilgrim Jubilees”.  William loved listening to his brothers preach God’s word every time he got the chance.  He loved sharing stories about when he knew the grace of God had protected and saved him while in the military or just as a young man growing up in the deep south in Mississippi. He also enjoyed having his family with him while he served his country. William believed if you keep God first in everything you do, everything will work out. William enjoyed being involved in the activities around the church and loved supporting the pastor in his efforts in helping the church to grow.

One of his greatest joys was watching his children and grandchild grow up with strong Christian values that extended well beyond his immediate family. Being a man of strong character and integrity; he instilled these qualities in his children, teaching them the value of a strong work ethic which has served them well in their life achievements.

William was preceded in death by his parents; wife, Anne; and siblings, George, Ruth, Ada, and Otis.

To leave a condolence, you can first sign into Facebook or fill out the below form with your name and email. [fbl_login_button redirect="https://calhounfuneral.com/obituary/william-t-crawford/?modal=light-candle" hide_if_logged="" size="medium" type="login_with" show_face="true"]
×